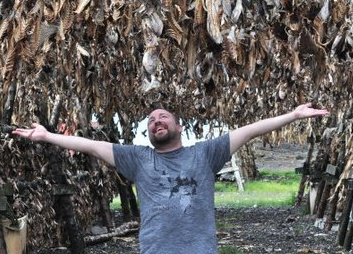 Hanging some bots out to dry

Some of you have rather astutely noticed by virtue of reading various shadey forums that we've taken some administrative action against some botters. I'm saving pretty pictures and graphs for Fanfest (I don't have any yet) but I'll say that the total number of accounts actioned against was more than 1000 and less than 2000. I'm actually quite happy that the community cared enough to notice without us having to publish anything about it but I will take a few minutes to explain some things I'm seeing in the various discussions on the topic that are incorrect.

So as it stands the old rules are in place:

BUT WAIT, THERE IS EVEN MORE! From now on, and this current wave is included, characters who receive a warning such as this will have the characters locked to the account. This means that once you've received a warning for botting your character transfer privileges have been revoked in perpetuity. This is to prevent people trying to circumvent the rules by recycling accounts. Yes we know people pointed out this could happen last time around and if you'll remember we said "We'll keep an eye on it and if it becomes a problem we'll deal with it". Here is us dealing with it. We'll probably have to come up with some form of timing solution for the future, but as it stands today it's forever. If you care about your dudes don't do bad things.

This is what's most relevant to you guys today but there's some things on the horizon I think you'll also be interested in. One of these is the security team's focus on RMT as well, which will likely be the subject of a future blog (probably after Fanfest) and will help answer that other question about whether or not we actually take away terrible people's assets when they do bad things. I'll keep an eye on this topic for a while to answer any questions. On another note I was just talking to CCP Soundwave and he wanted me to pass the message that any Fanfest attendees who are Japanophiles like himself should come and have a chat about your favorite movies. He doesn't get much of a chance to practice his Japanese here in Iceland.

Don't do anything bad today,

Come meet CCP Sreegs and the rest of the CCP crime fighters at Fanfest 2012! More information on Fanfest topics, tickets and travel can be found here.