Enter the Portal - Live on Tranquility!

The Enter the Portal update is now live on Tranquility, bringing powerful buffs to the Black Ops class of Tech II battleships, rebalancing of Covert Ops exploration ships, and an increase to chained targets for Vorton Projectors. Black Ops ships fitted with a Covert Jump Portal are also now able to use the slick new Conduit Jump feature to jump into battle alongside their covert comrades.

When using a Conduit Jump, the Black Ops battleship will act as an Anchor, taking nearby covert cloak-capable ships and other Black Ops within 10km to the destination as Passengers. In addition to getting your fleet on grid faster, this also comes with the benefit of using much less fuel than a Bridge at just 1,000 Isotopes per lightyear for the fleet.

Thanks to player feedback after the release on Singularity, the passenger count for a Conduit Jump has been bumped up from 10 to 30, helping you conduct a covert ambush more easily. Additionally, the cargo capacity and targeting range of every Black Ops battleship has been increased as a quality-of-life improvement.

These new changes will make your Black Ops drops more powerful than ever so why not show off withthe new Fireblade and Iceblade Guerilla SKINs while you’re at it?

The new Black Ops Pack is now available in the EVE Store! This amazing offering brings a huge discount on everything you need as a daring Black Ops battleships pilot including all of the awesome new Fireblade Guerilla SKINs. Like the other packs, this value is only available once per account. Included in the pack:

The Black Ops Pack is available for 230USD, bringing you massive savings over buying each item individually. It’s worth picking up for the Omega time, PLEX, and SP alone, but using this deal also nets you some of the best-looking SKINs and clothing on the market. Are you ready to make the jump? 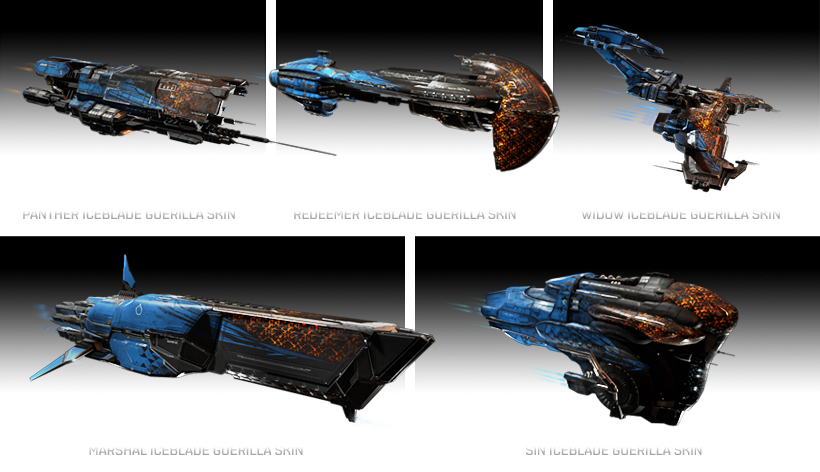 Join the guerillas and demonstrate your power as you Enter the Portal.