We're happy to announce that the migration of outposts and conquerable stations to faction citadels will occur during an extended downtime next Tuesday, June 5th.

Downtime will begin at the usual time of 11:00 UTC, and should last approximately three hours. This timeframe is however only an estimate, as Tranquility's database will be performing the following operations during downtime:

Several tests have been carried out on mirrors of Tranquility's database to ascertain how long this will take, and rough estimates right now show that it should be within around two and a half hours, with the addition of a number of other downtime jobs and changes that need to occur.

Tranquility may be online and accepting connections earlier, or later than expected, depending on database performance. Please keep an eye on the @EVE_Status twitter account for details of this downtime next Tuesday. There'll also be a forum thread on the official forums to discuss this on Tuesday while the migration is occuring!

Preparing For The Conversion:

The full details of everything included in this update can be found in this devblog, but there are a few important reminders for Outposts and Conquerable Station owners and operators:

Since the March release, it has been possible to set a Default Profile for a corporation. This profile applies to any newly deployed structures, but is also the ACL profile that will be applied to the Faction Citadels during the Outpost Day event.

To set a Default Profile, right-click against the profile you choose and select "Set as default profile". 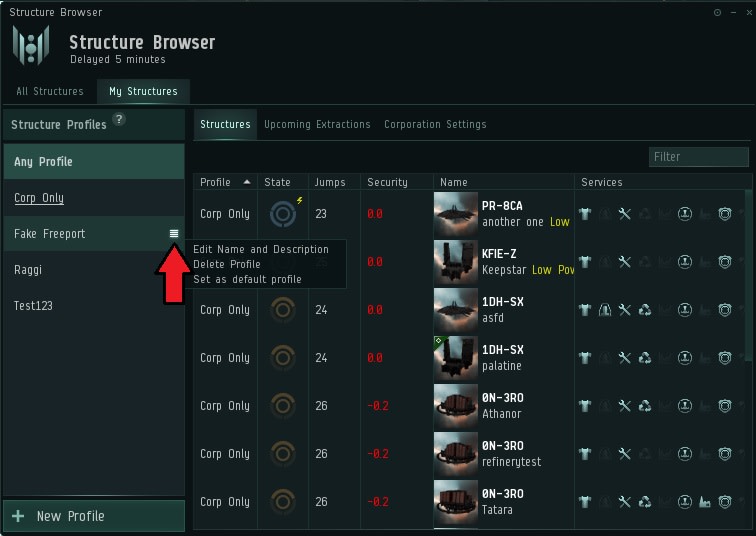 It is also possible to set a Default Reinforcement Time and Day for the corporation. 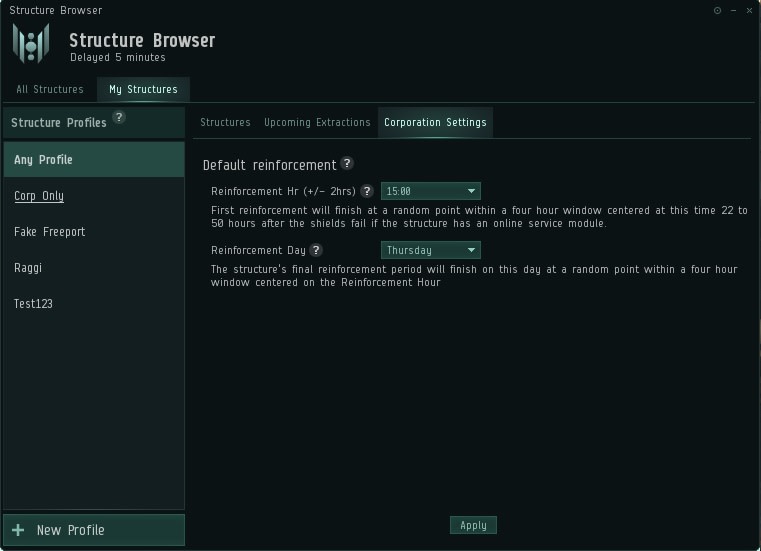 Once Outposts and Conquerables are converted into Faction Citadels they will enter a temporary invulnerable mode. During this invulnerability time the structure can be fitted freely, but cannot activate modules, launch fighters, or begin unanchoring. Reinforcement time and day changes can be queued during this time but will require the standard 7 days to take effect. It is therefore a good idea to set this default before the change is scheduled to happen.

The Invulnerable mode will last until Thursday June 7th. On June 7th structures will enter their standard shield vulnerable state.