Abyssal Deadspace - What Lies Beyond The Filament | EVE Online

Abyssal Deadspace - What Lies Beyond The Filament

If you'd like to discuss this dev blog, you can do so in the comments thread on the official forums, here.

Late last year, Professor Mayor of CONCORD's Project Discovery reported a series of unusual energy spikes to CONCORD's Inner Circle.Follow up work mapped these energy spikes to POCKETS of space-time, similar to the spatial anomalies we call 'Deadspace', though these are more isolated and require special technology to access.

These hidden pockets have been code named 'Abyssal Deadspace‘.

As you know, a vessel of unknown origin and design was recently recovered by CONCORD forces. After transfer of this asset to the DED station in Yulai, CONCORD discovered a novel technology that allows entry to Abyssal Deadspace. Using this technology, we have successfully managed to send a solitary cruiser into the Abyss - to explore this new unknown.

Abyssal Deadspace is a new type of encounter in EVE focused around short session solo gameplay, with some very "EVE" type opportunities for interaction.

As a player you are making a series of strategic decisions that are different each session. You build up mastery between sessions by learning the patterns in the abyss.

If you do well you will be rewarded, if not; you die. 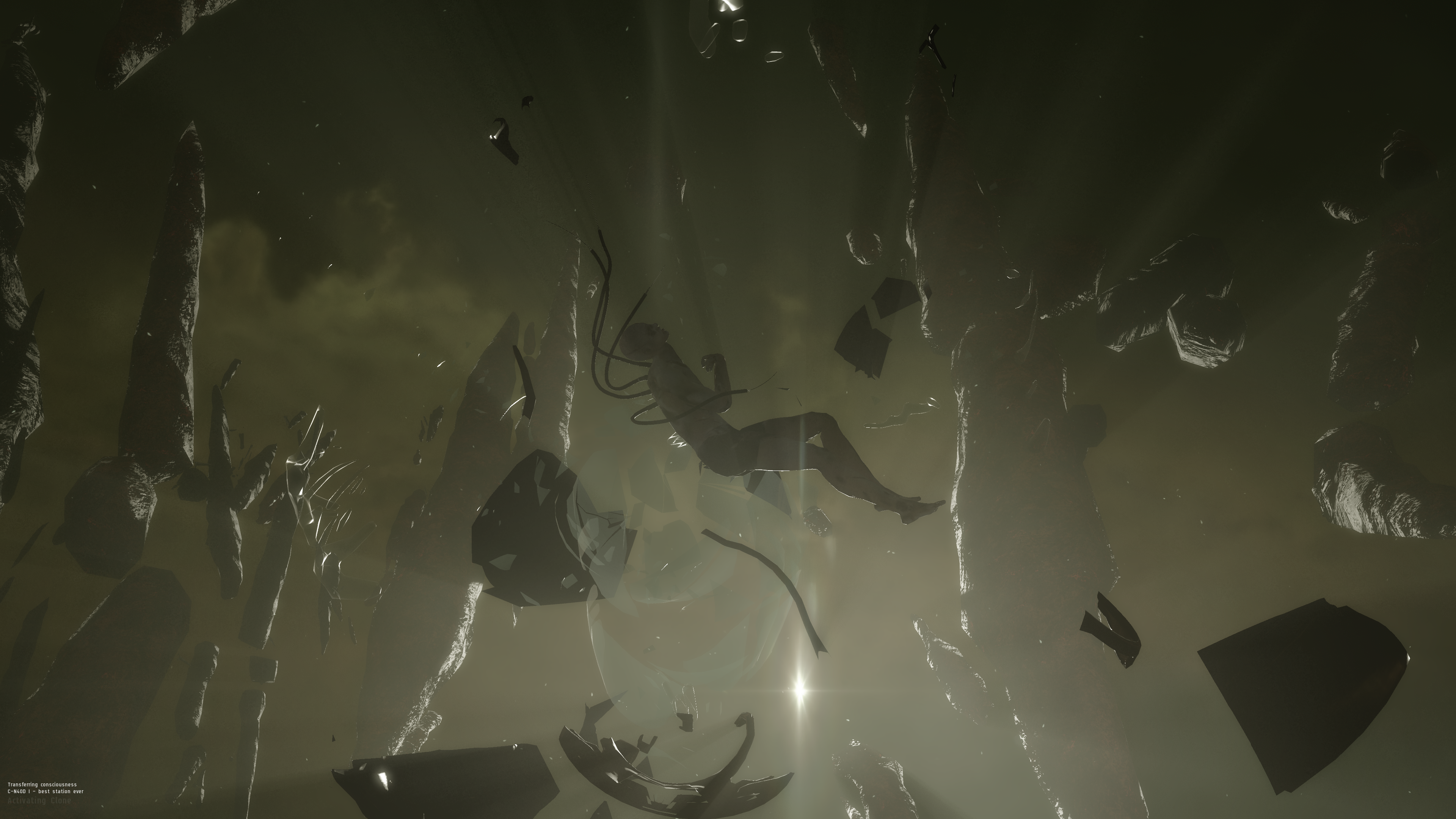 Abyssal Deadspace is our next evolution in PVE in EVE, bring more engaging and fun challenges for you to solve. An Abyssal Deadspace sequence is capped at 20 minutes and can be accessed anywhere in space. This will allow capsuleers to jump in for a short session at lunch, bringing more life to the universe. 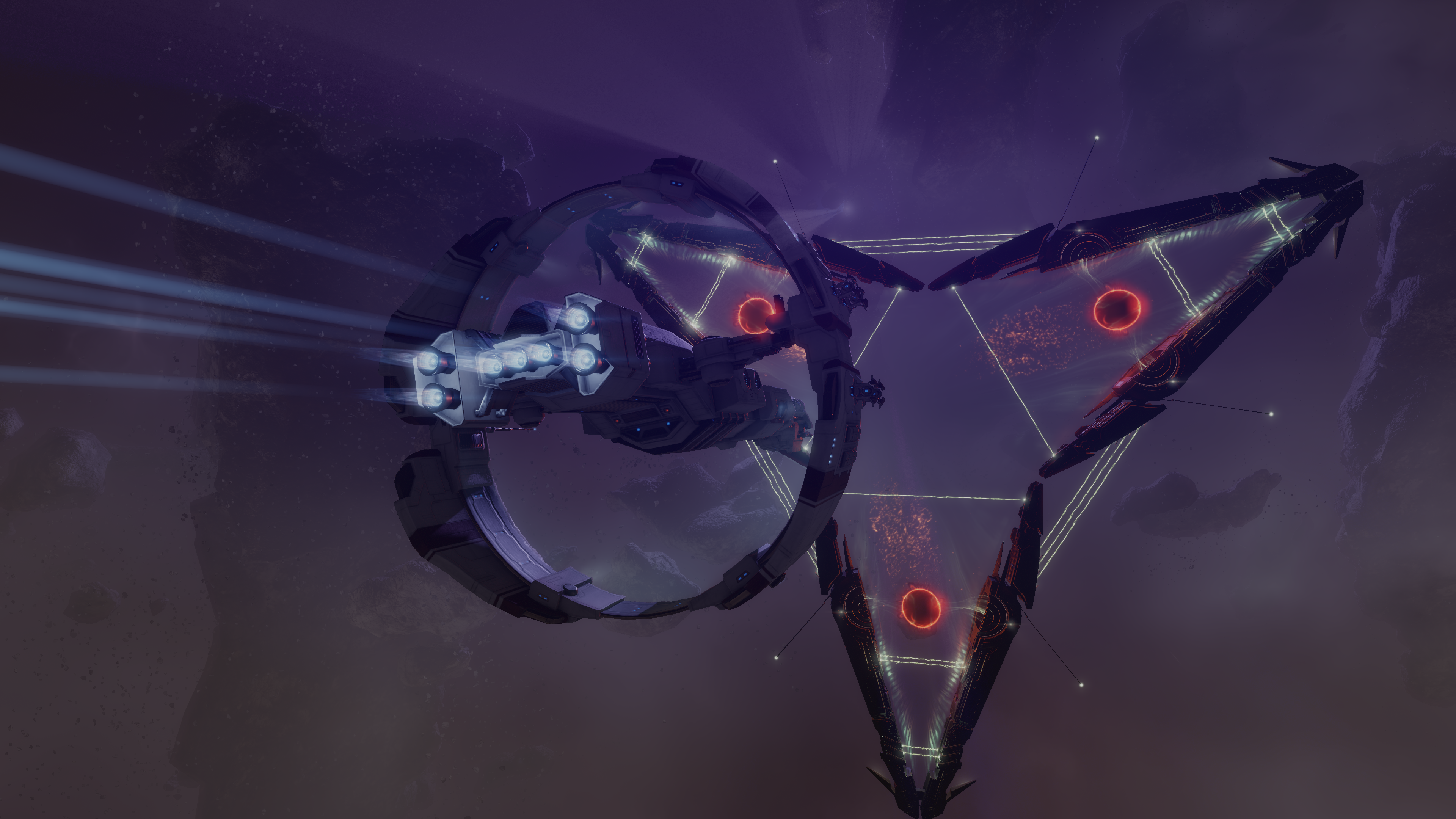 Learning from previous experiences and features, we want to push further on work allowing for more fun and engaging ways to hop in to EVE. You will have 20 minutes to complete the sequence before the crushing depths of the abyss destroy you. An Abyssal sequence is made of 3 pockets linked together with a Triglavian gate network that is triggered once the challenge of those pockets is completed. Once committed, you won't be able to return back to the safety of known space until you've cleared all three pockets.

Abyssal Deadspace can be entered from all over New Eden; high sec, low sec, null and in wormholes, using special filaments. This will add a significant amount of PVE to all parts of space. On entry to Abyssal Deadspace you will leave a scannable trace behind in known space, the trace can be scanned by anyone with combat probes. 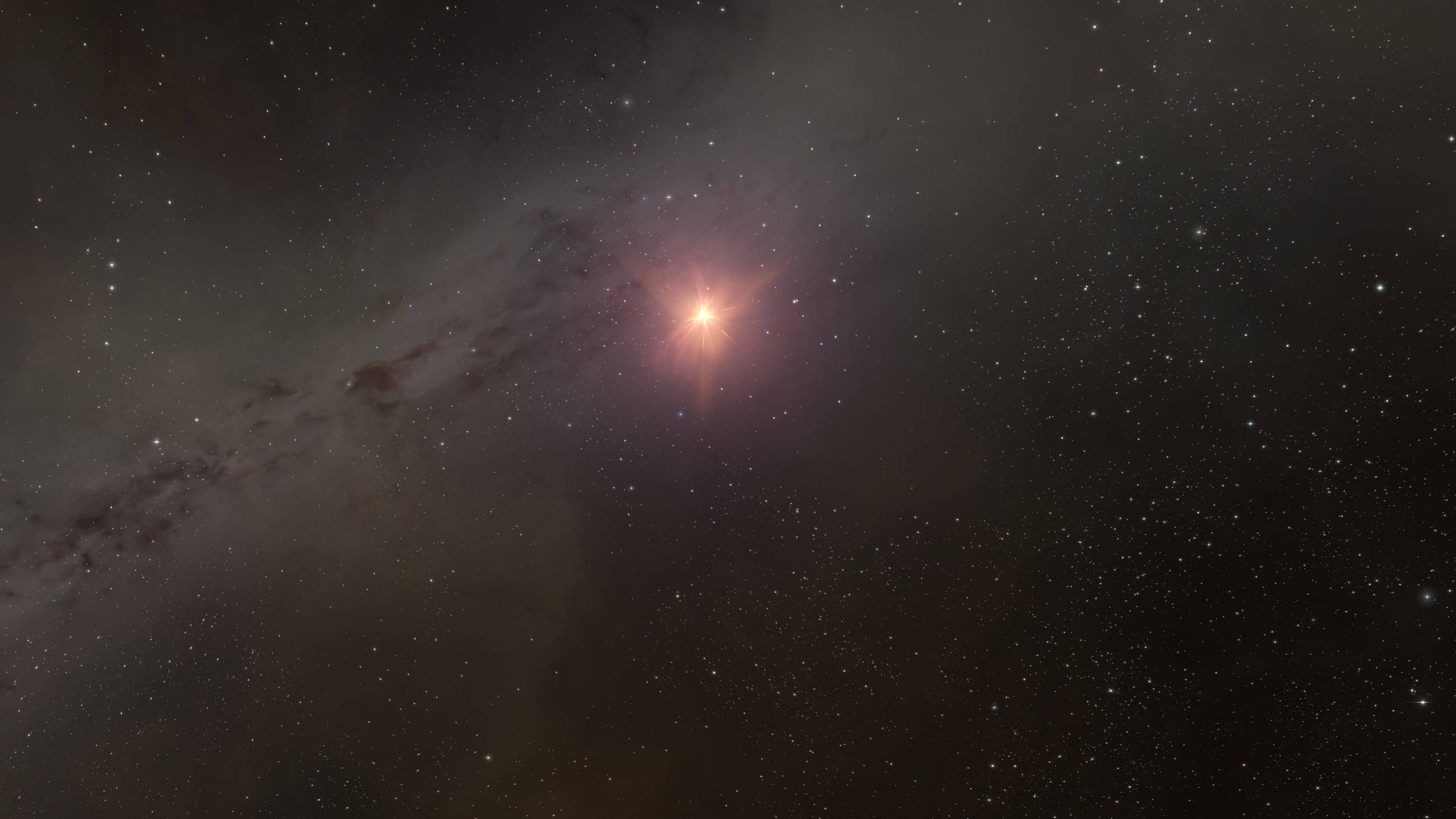 PVE in EVE can feel predictable, this is something we want to challenge and push. When designing encounters for Abyssal Deadspace, one of the key design guidelines was replayability.

We achieve this by building a series of components that players can learn and master, and then the challenge comes from when we combine the individual entities to create the encounter. The assembly uses an element of randomness in a very controlled environment - controlled randomness - where parts of the scene are chosen on entry to the Abyssal sequence while other things are built on the fly. This gives us and the engine more power to create more interesting and hopefully more engaging content.

There will be a dedicated blog on the building of Abyssal Deadspace coming your way soon! 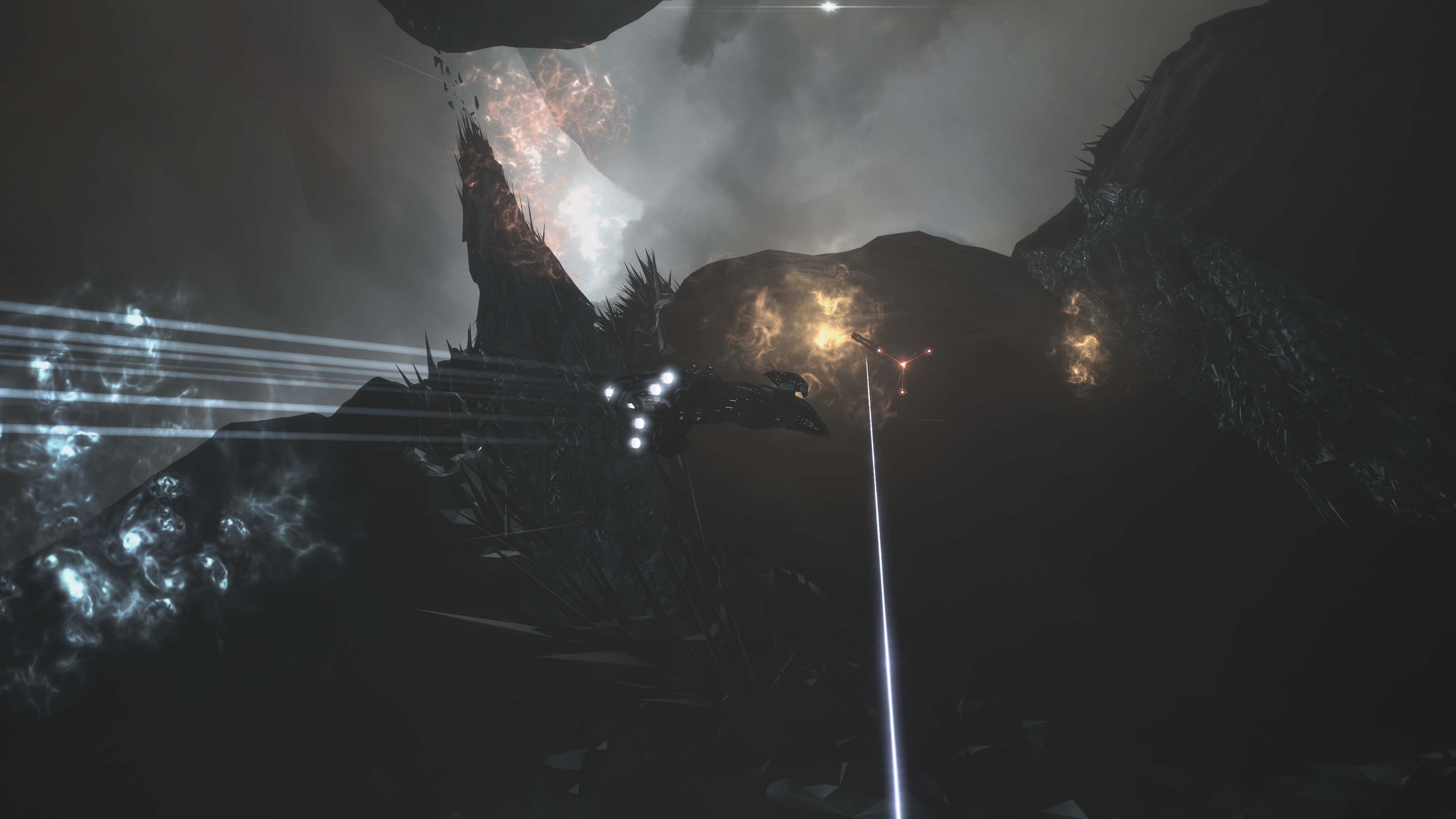 When designing and balancing for EVE, we are constantly thinking of how the change will affect the overall ecosystem of the game, if it’s economics, power or even framerate. At times this can be very challenging and often it pushes us to be more conservative than we could or should. Abyssal Deadspace provides developers with new tools to test out ideas that previously felt too risky or controversial, both when it comes to art and gameplay. 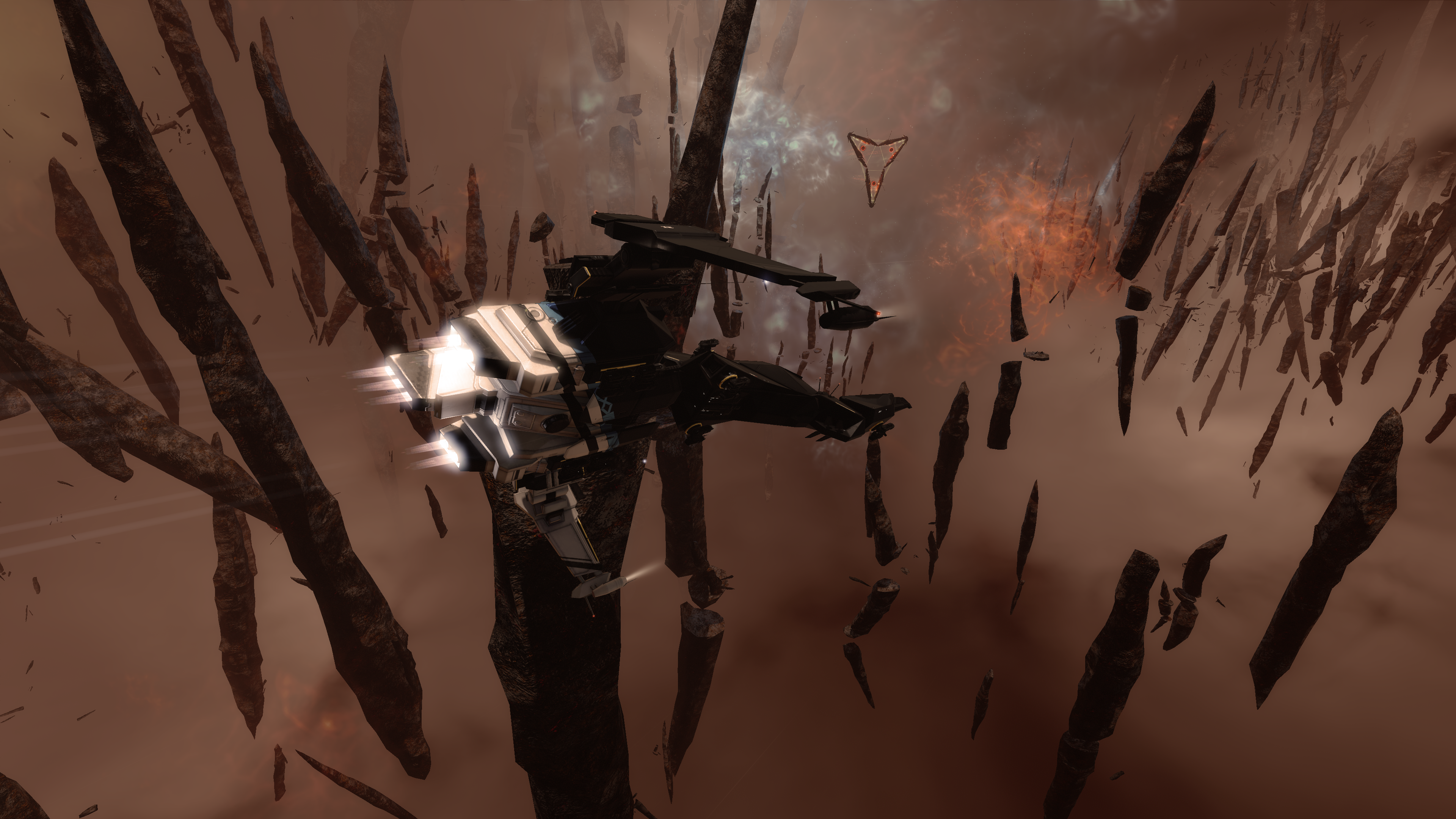 To give some examples of things we are pushing on release, one thing that we are trying is to truly bind together Environment Visual and Gameplay Effects. Though we’ve had environmental gameplay effects in EVE before, we’ve never seen them at this level, elevating the idea of the universe itself being an active player in the session. 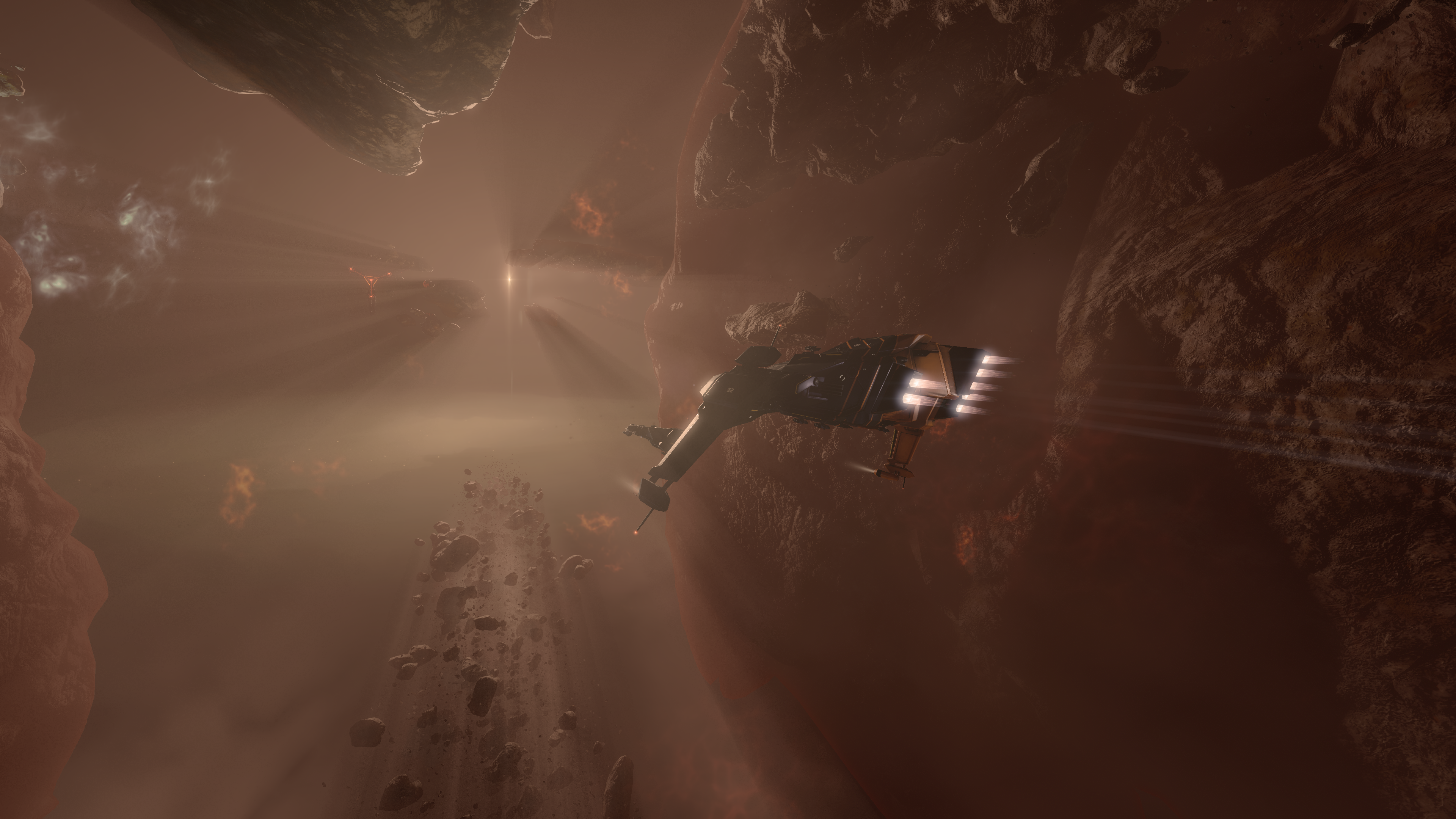 We are also testing the largest assets we have ever made in EVE, asteroids spanning over 1,500 km. Right now, we are placing these outside the playable area, gathering data and evaluating the load. To make the scene feel even more cinematic, we are limiting the camera drone's max distance from the ship, but at the same time we are also exaggerating the field of view, so you get a really good sense of your surroundings. We think this is a good example of a feature that we could not experiment with before Abyssal Deadspace. 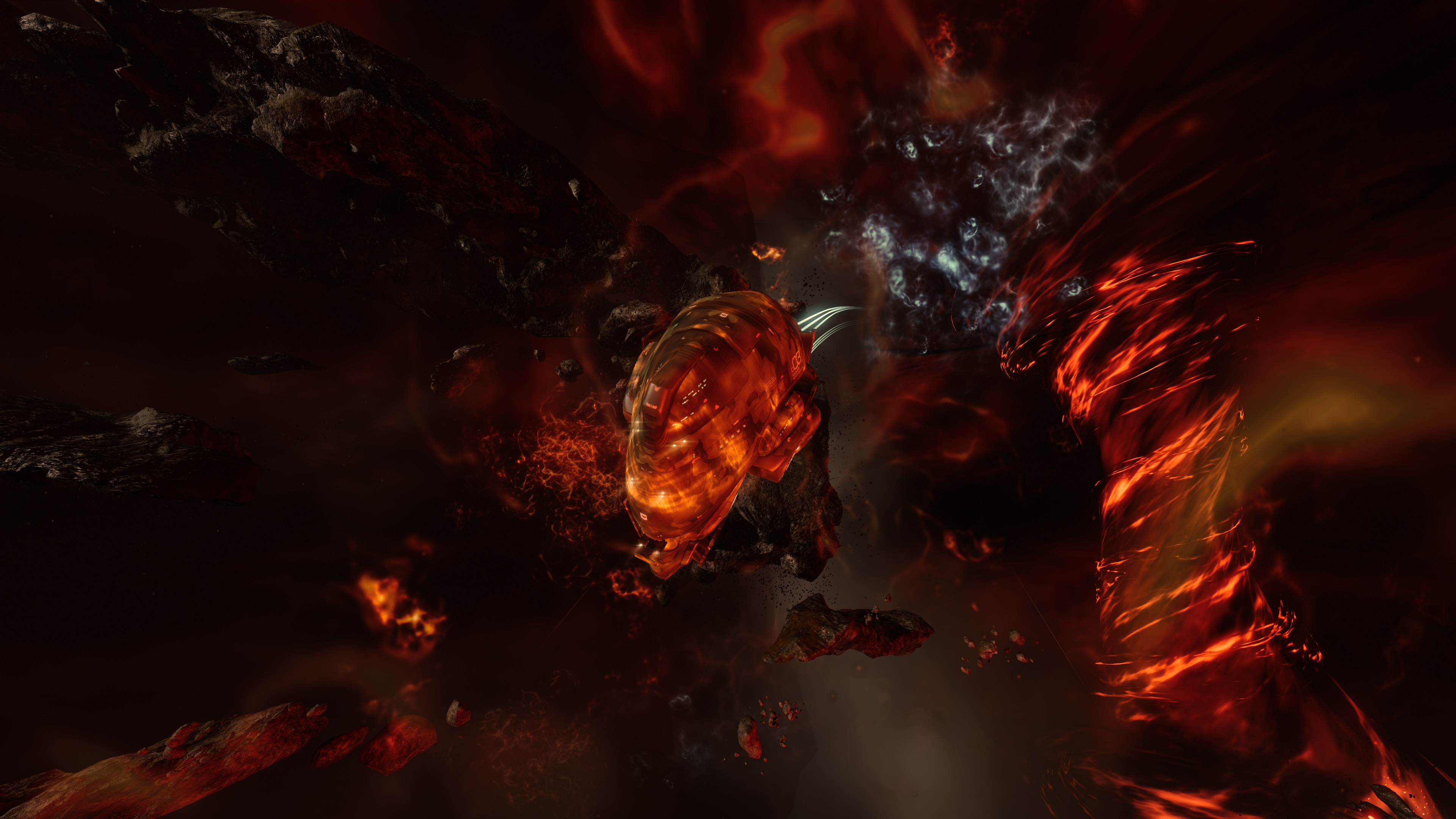 Not all of these will be migrated into known space, but this gives us more tools to deliver proven, functioning and ultimately more engaging features to New Eden. 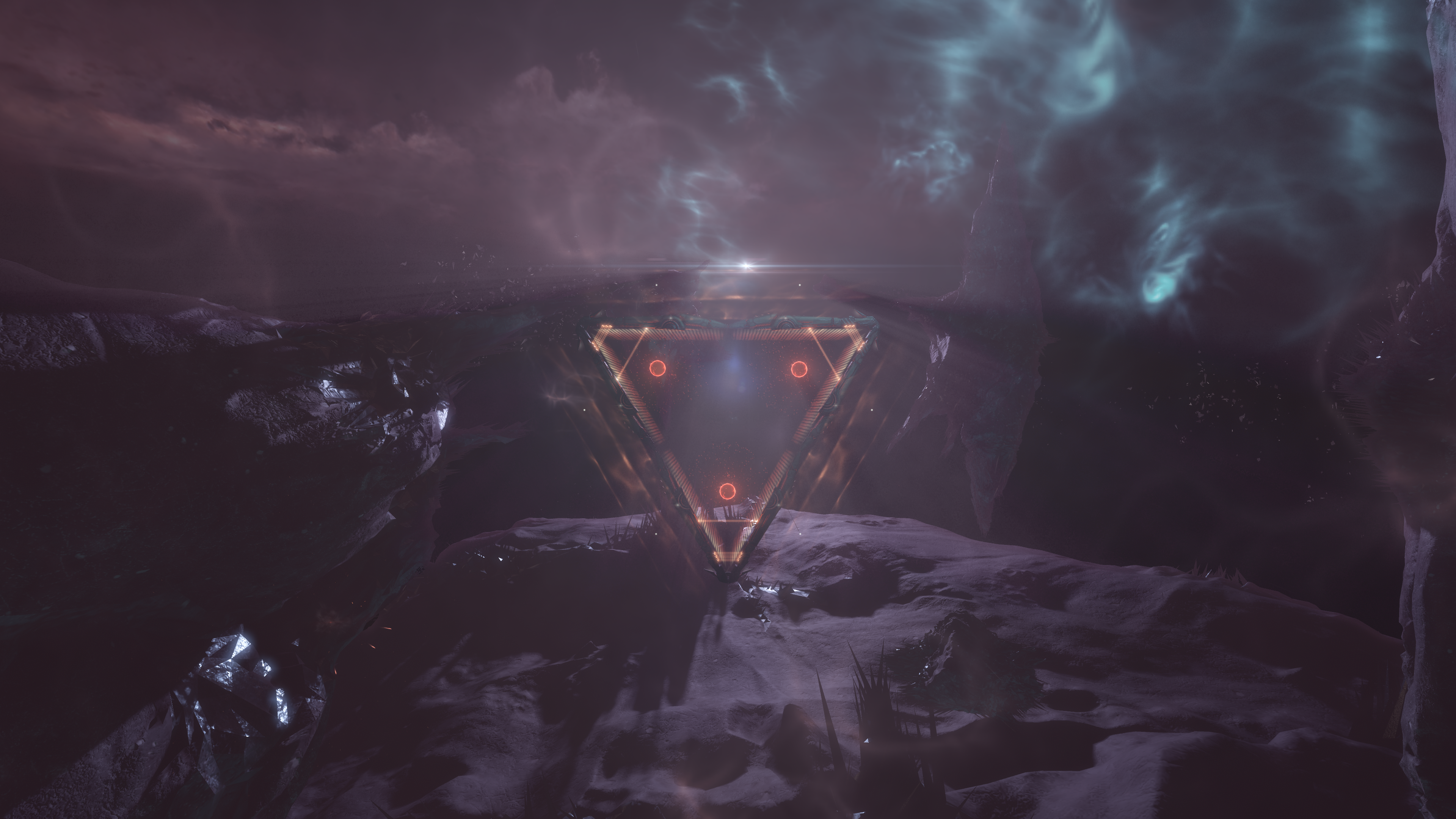 Abyssal Deadspace pockets can be found all over New Eden; high sec, low sec, null and in wormholes. To access them you will need a filament, which can be found in sites across New Eden and within Abyssal Deadspace itself. The filaments will be tradable on the market. Once you've acquired a filament you can activate it from your cargo hold by double clicking it while in space. There are some restrictions on using filaments, you can only activate one if you are in a Cruiser, at a certain distance from a celestial and if you have no active aggression timers. 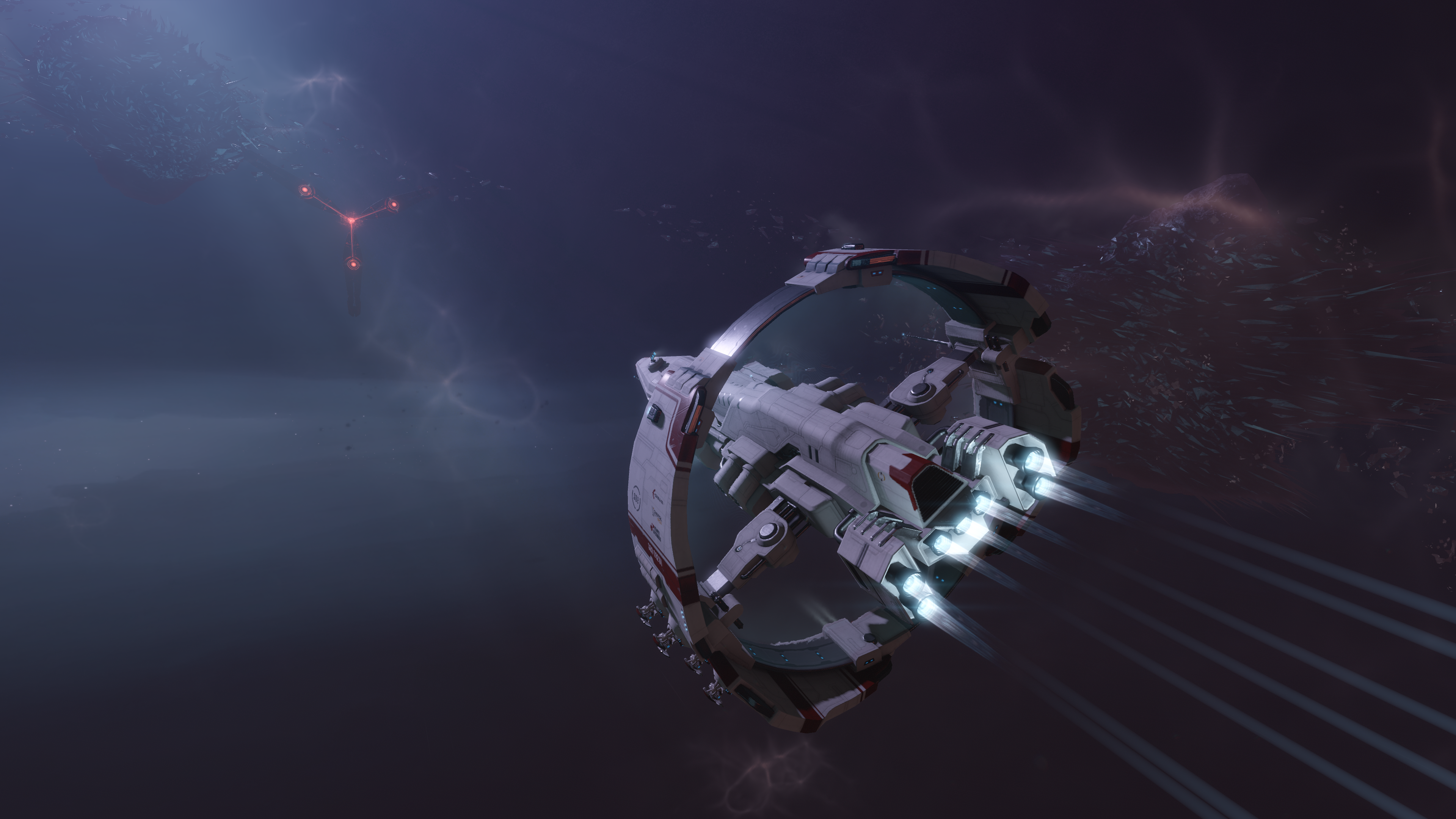 The filament displays some basic information telling you what awaits you in the linked Abyssal sequence, this way you can somewhat fit according to the challenge ahead. The filaments states the cosmic weather in effect and it also tells you what tier you are about to enter. The deeper you go, the harder the challenge and bigger the reward. Concord frowns upon the technology Capsuleers are bringing back from this new unknown. With some tolerance to the lower Abyssal tiers, they've decided to take a hard stance against higher tier expeditions in the regions they patrol, placing a suspect flag on anyone that returns from tier 4 and 5 Abyssal sites in areas under their surveillance.

Once inside Abyssal Deadspace you will also notice limitations to other systems such as, you will have no local chat, you wont be able to warp, deploy structures, scan and more. 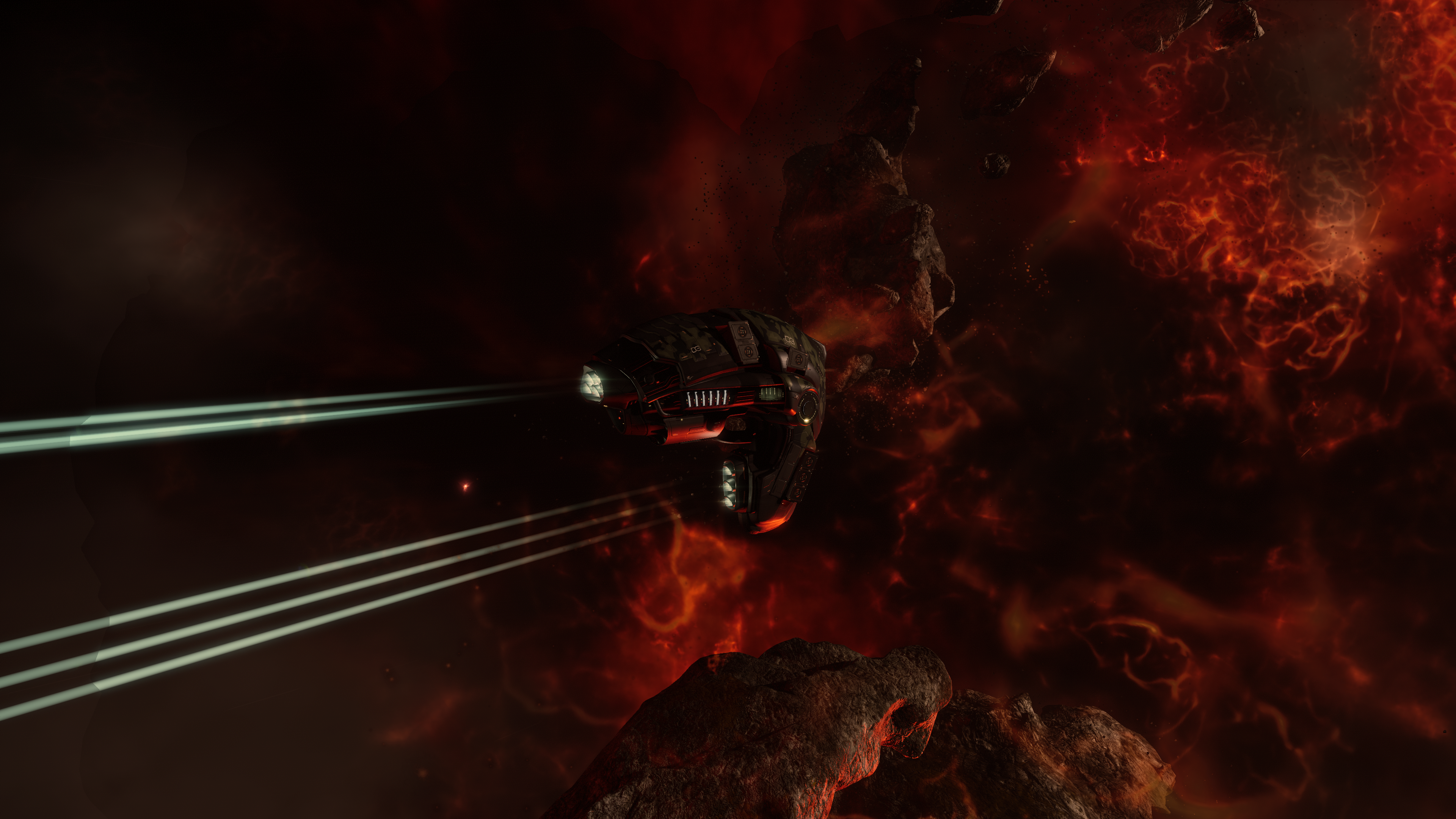 Abyssal Deadspace is quite different to anything you've ever come across in New Eden before. The space feels smaller, with massive asteroids all around. Atmosphere give the scene more depth, but they also indicate gameplay effects that significantly affect your ships' modules and stats. These effects apply both to you and the hostiles you are fighting in there. But Abyssal Deadspace does not allow for time to gaze, an Abyssal sequence has a lifespan of 20 minutes. If you don't make it through the three pockets in that time, the sequence collapses destroying all things mechanical and living. The tiers of Abyssal Deadspace line up nicely to different classes of cruisers, though one misstep and the whole expedition might go down in flames.

The initial release of Abyssal Deadspace will have 5 different weather types, that will scale and apply to all 5 tiers of space. Capsuleers will need to do their research before entering abyssal deadspace and work out how these will affect their ships and weapons, lest they become victims of the unstable environments that lie within these deadspace pockets. 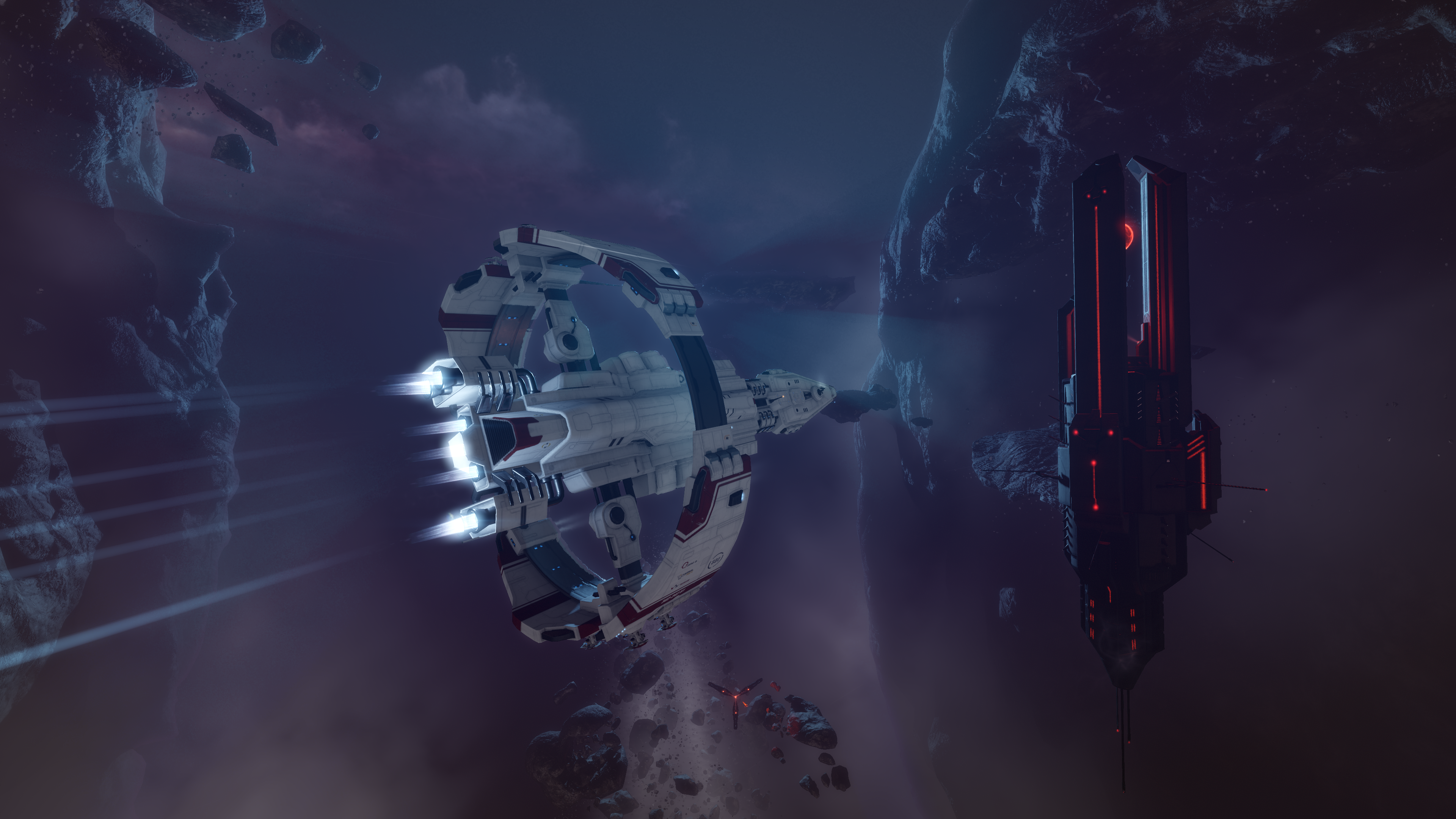 On top of the weather effect, there are smaller areas of localized effects that will make positional gameplay more important than ever. The effect from these will stack on top of the active weather effects in the system, creating interesting twists for you and the NPCs you are engaging with. These can come in the form of clouds or destructible structures. Because of how we assemble the pockets, we can easily add more localized effects to Abyssal Deadspace.

It will be important for capsuleers to understand how these localized effects combine with the weather within a deadspace pocket, as some combinations of the two can have very adverse results on how your ships and modules function. 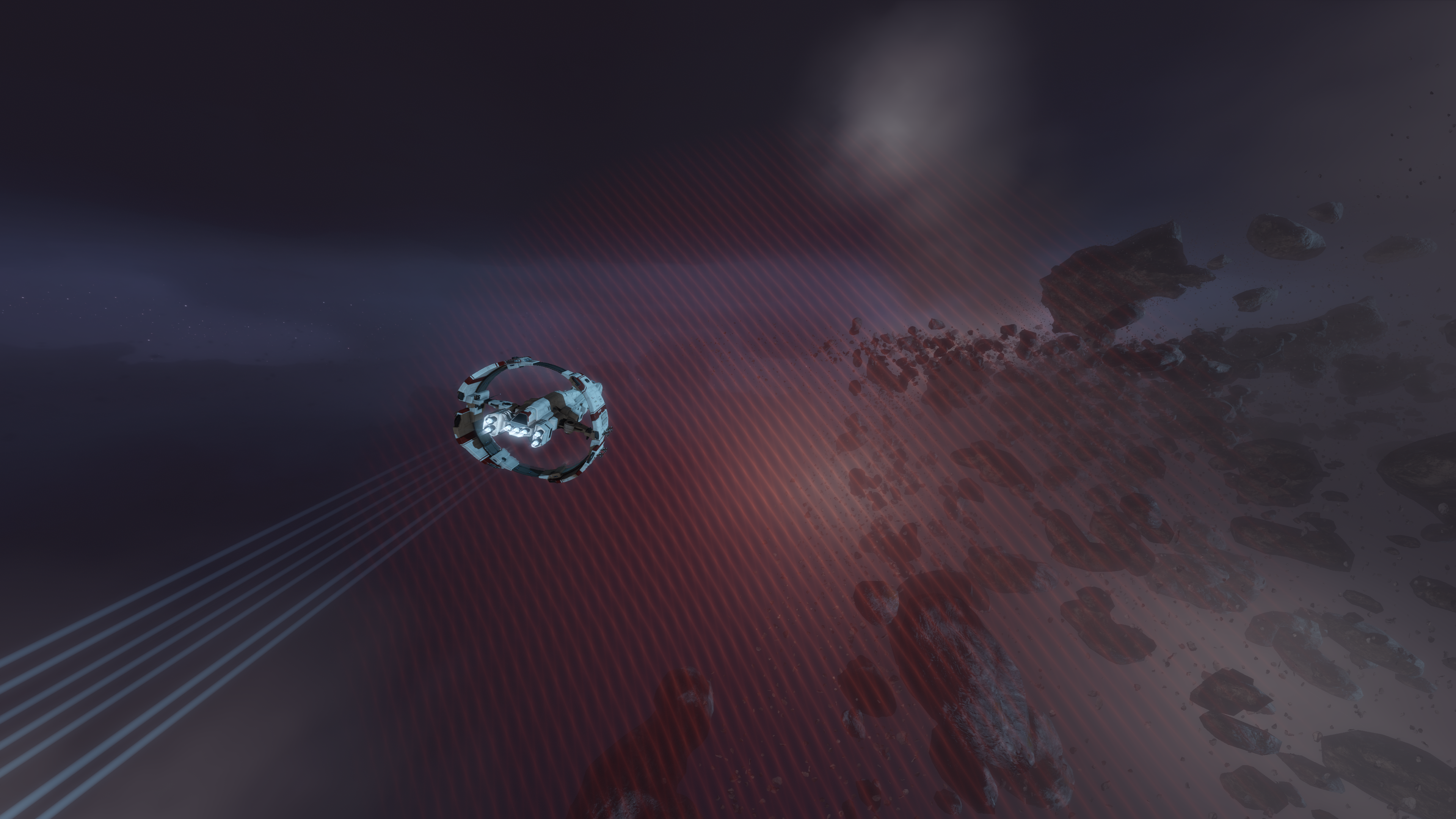 The play-area is encapsulated by a border zone, a force field 150 km in diameter protecting you from the harshness of Abyssal Deadspace. If you leave the border zone you will start to take damage, and if you wander too far out the abyss will crush you instantly! 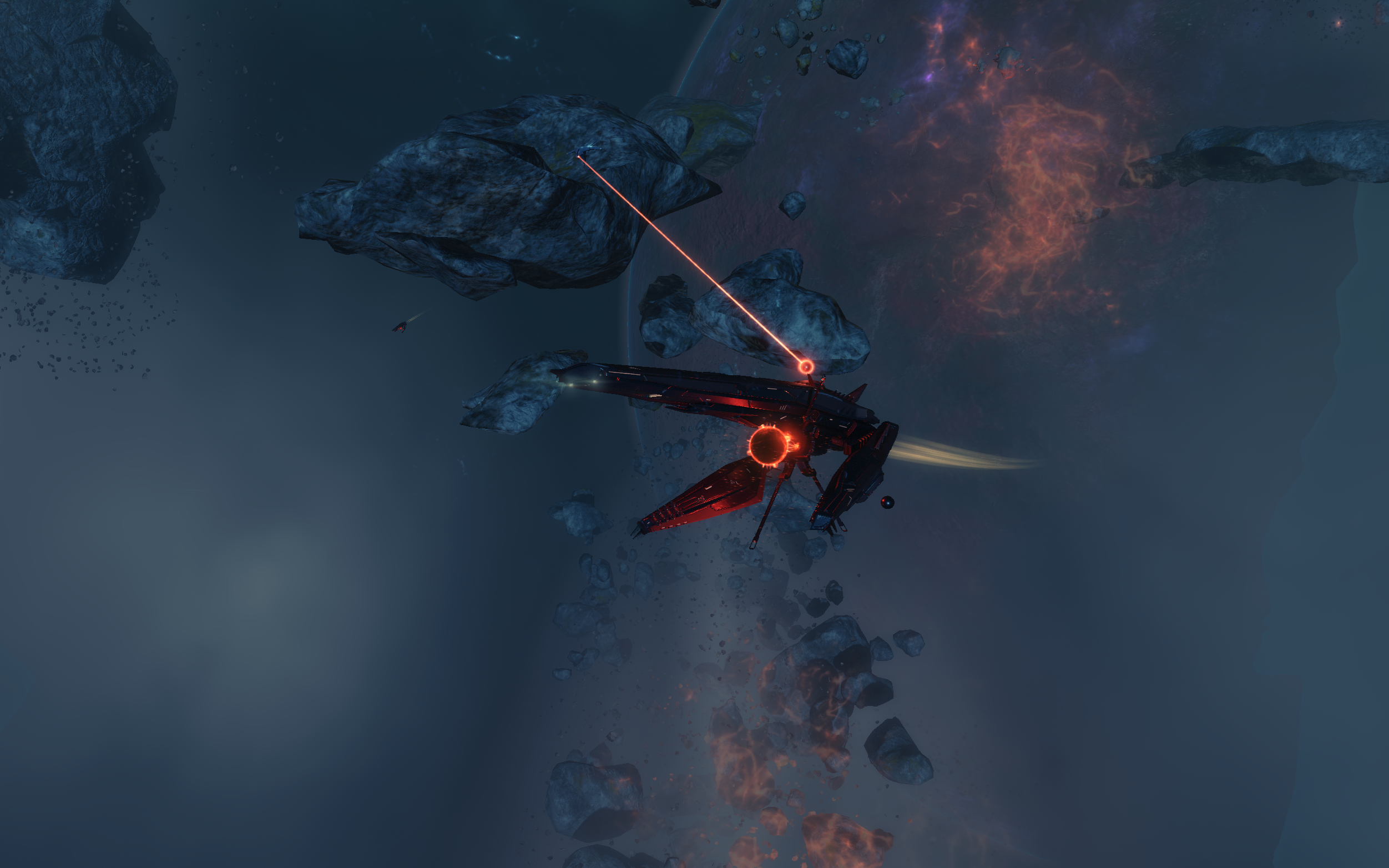 Abyssal Deadspace hosts the newly discovered Triglavian Collective. The Triglavians are mostly unknown at this point but a captured vessel has shown that they are of human origin. Therefore their ships are pilotable by capsuleers with the right training. It has been reported that while under stress, a Triglavian cruiser was repaired by a Rogue Drone, this indicates that Triglavians have some control over Rogue Drones. How and why this happened is unknown at this stage. 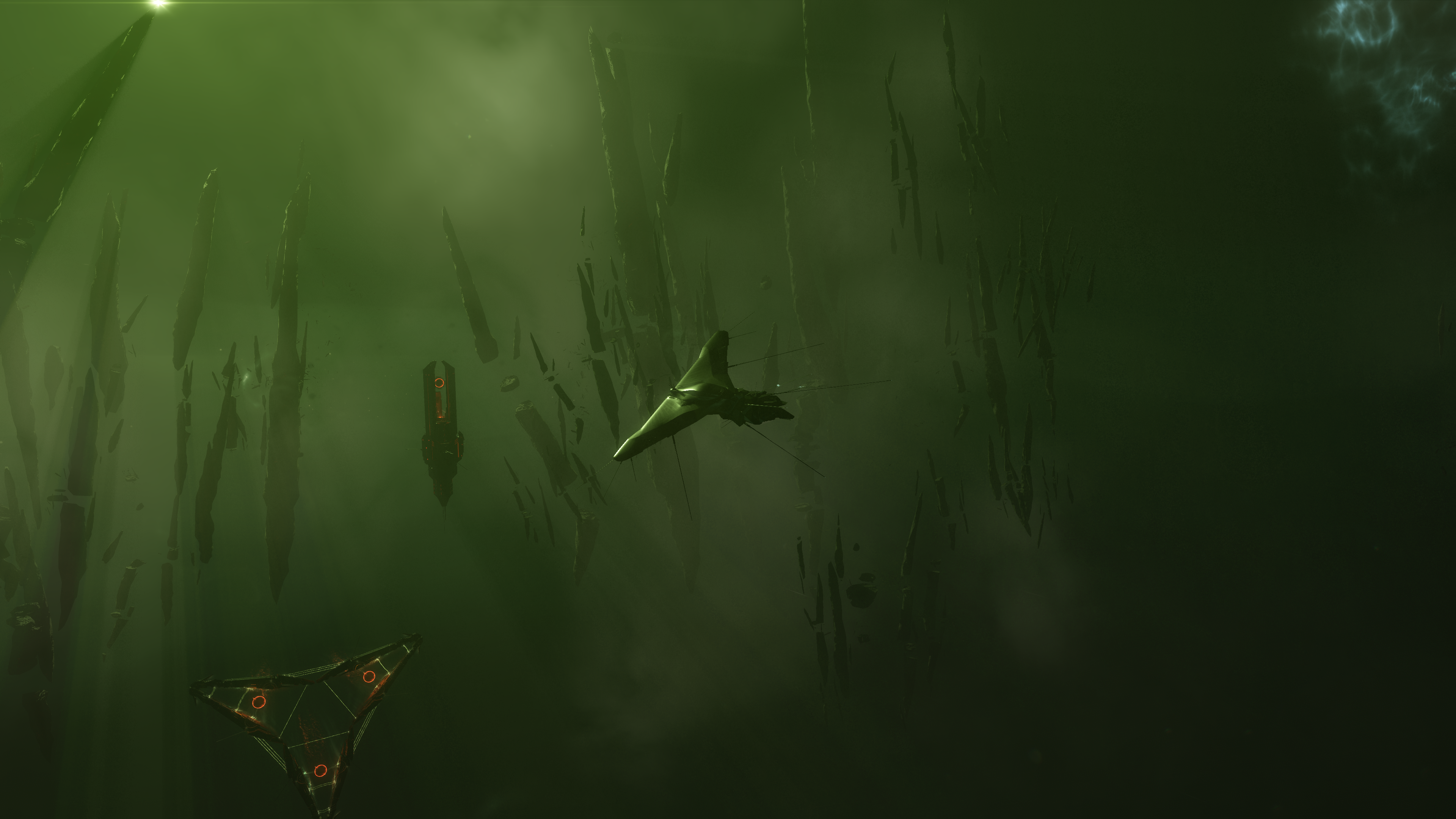 Roaming Drifters and Sleepers are also seeking something in this new unknown, much to the annoyance of the Triglavians.

The NPCs you will encounter in Abyssal Deadspace use the new AI tech we've been developing over the past two years. Like with every release, the arsenal of behaviors is growing and while we have new AI for a new race and modules we've also been hard at work learning from previous features and then pushing and testing new and improved behaviors and NPC types. We will continue to tweak, balance and test new interesting encounters in Abyssal Deadspace after release.

On top of filaments and Triglavian gear and blueprints, what everyone is after in the Abyss are Mutaplasmids. Mutaplasmids allow for attribute manipulation of player made modules, this has the potential of creating some of the most powerful modules in EVE or to turn your faction modules into complete garbage. 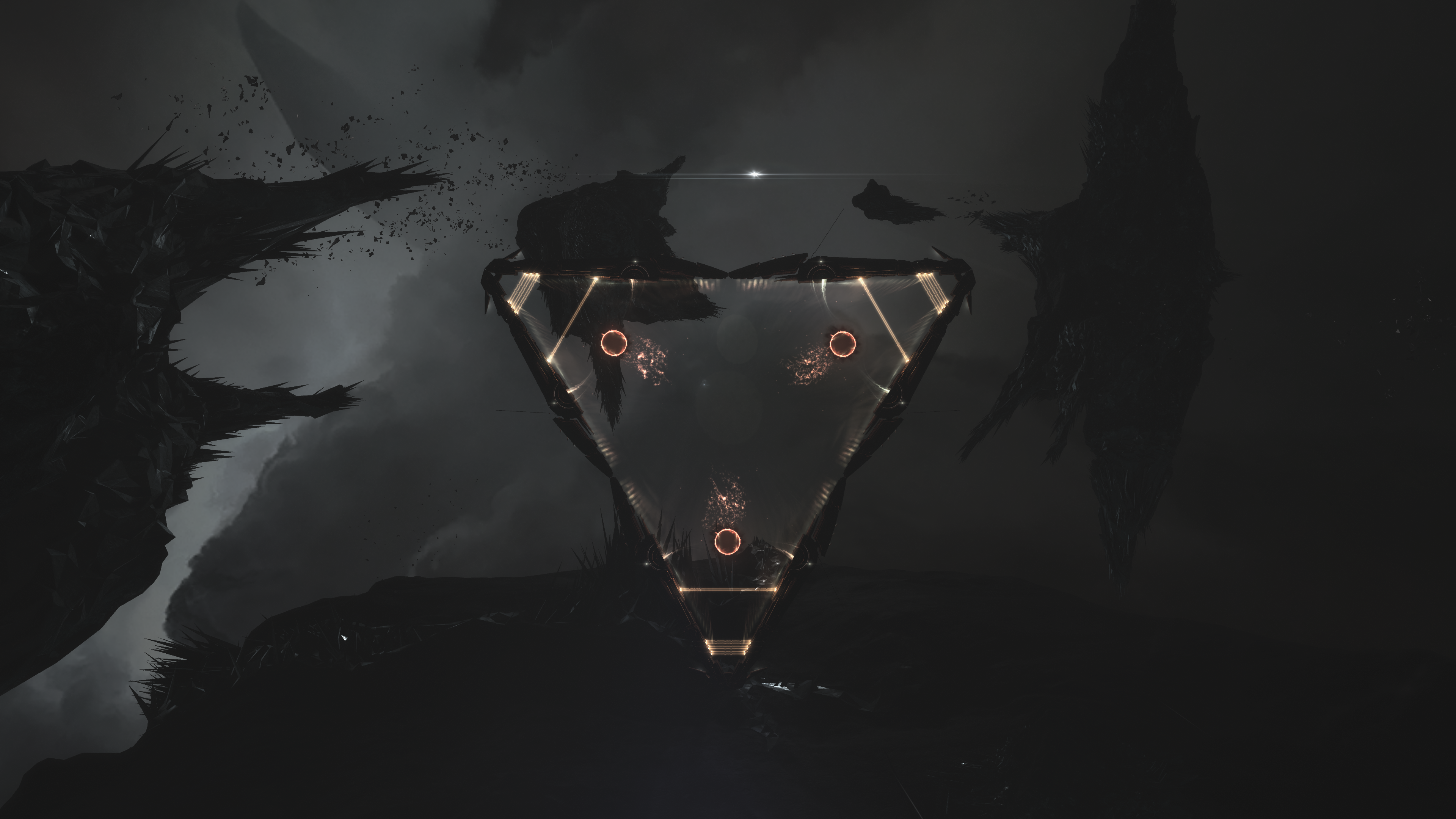 Abyssal Deadspace will ship with Into the Abyss on May 29th, but we are not tying a bow on the project. We will continue to push Abyssal Deadspace and test new and interesting gameplay elements going forward. There are a lot of ideas floating around, but we want to ship the feature to make sure the foundation is solid before extending it. 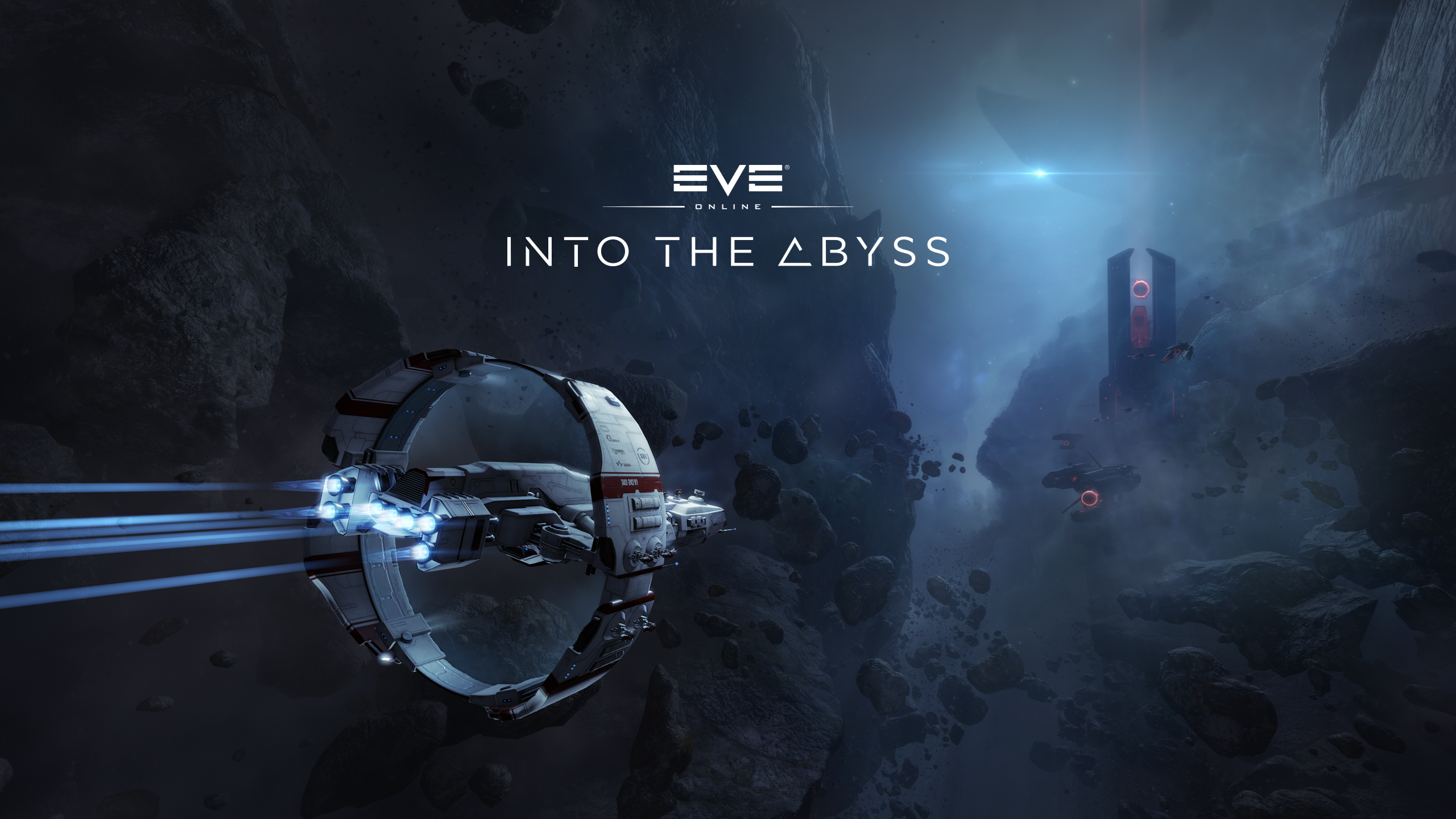