EVE Anywhere, a cloud-based platform that allows a fully-featured EVE Online to be played in-browser, has moved into the next phase of beta testing and has expanded to include many new territories! More players in more countries now have access to EVE Anywhere, helping to expand the player community, removing barriers for newcomers, while simultaneously providing EVE veterans with an extremely convenient way to access the game.

EVE Anywhere enables instant access over supported browsers - Chrome, Edge, Safari, or Firefox - and requires no downloads whatsoever. Supporting 1080p resolution and gameplay at 60FPS, it provides a way to play EVE Online unimaginable even a few years ago. 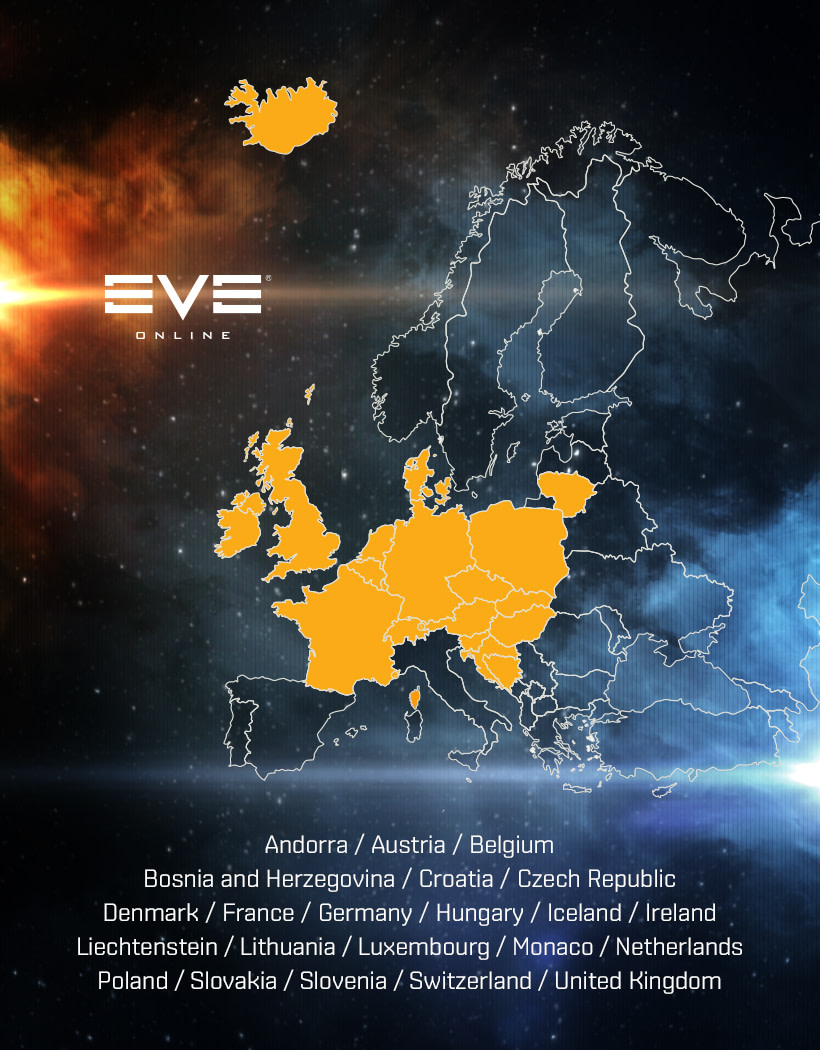 So far, testing for EVE Anywhere has been a great success, with over 50,000 streamed sessions served for over 30,000 user accounts in the US. This represents over three years of streamed gameplay! The top EVE Anywhere user so far has streamed 541 sessions for a total of over 1000 hours alone.

To join the ranks of pioneering EVE pilots who have tried EVE Anywhere, warp to the home page where eligible, logged-in pilots who are in Omega Clone State will find a 'Launch EVE Online’ button once signed in. If you are not currently an Omega, head over to the EVE Store to upgrade now and gain access to EVE Anywhere, all of EVE’s best ships and skills, double skill training speed, and all other Omega benefits.

Enjoy your entry to the cloud and thank you to all players that help test this ambitious new approach that is a significant part of ensuring EVE Online’s continued health and evolution well into its third decade!