Two years ago, following months of ceaseless conflict between the tenuously united Empires under EDENCOM, the resurfaced Triglavian Collective, and innumerable capsuleers or Kybernauts aiding both sides, the campaign of Liminal Proving heralded by Zorya Triglav came to a close.

As a 27th system processed into Final Liminality, the Collective evoked Totality from the transmuted stars, altering spacetime between them to bridge the boundary between New Eden and Abyssal Deadspace. Weaving the systems together with conduit gates, each Clade soon claimed their Krai – and the leviathan conduit-loop construct known as the Domain of Pochven was defined.

Today, Kybernauts across New Eden celebrate the second anniversary of the formation of Pochven on Totality Day, a capsuleer holiday started by those who aided the Triglavian Collective in their campaign – but celebrations haven’t gone unnoticed, and pilots of all allegiances will be able to take part, with festivities, a special new Totality Day pack, a Kikimora Proving Grounds event, and more!

During Totality Day celebrations (running 13-18 October), Kybernauts and capsuleers alike are invited to a week of intense and glorifying combat throughout every system in Pochven – where you can enjoy a special 90% PVP Loot Drop rate for the duration of the event, as well as an extra warp speed bonus. Prove your potential against your fellow pilots, and have fun! 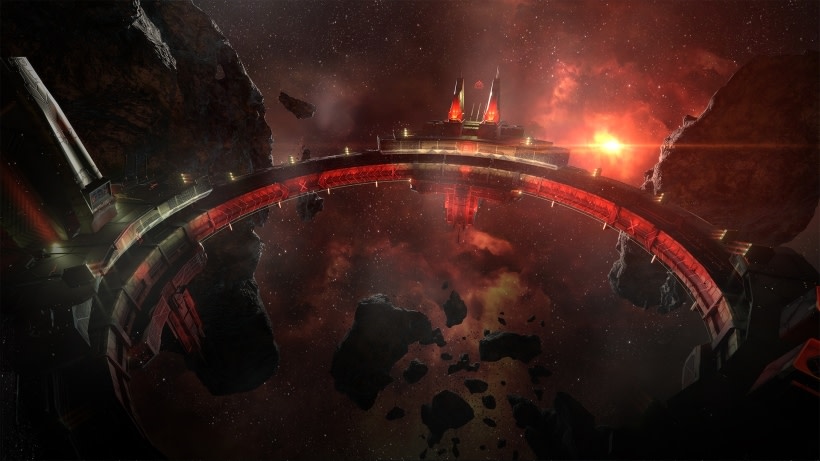 Celebrate Totality Day in true Triglavian fashion with a special Abyssal Groving Ground event, open for only 24 hours, starting at 11:00 UTC on the 15 October; board Svarog Clade’s ruthless Kikimora-class destroyer and fight your way to glorification in intense 1v1 combat! 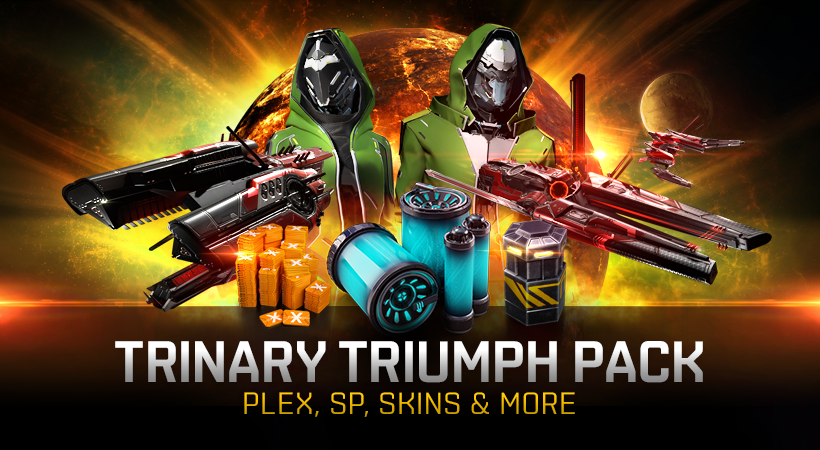 Strive for glorification in style with the Trinary Triumph Pack, available from 13-18 October as part of the Totality Day celebrations. Warp to the EVE Store and take advantage of treats in triplicate, including Veles Clade apparel, 3 Kybernaut Clade SKINs & Cerebral Accelerators, 333 PLEX, and 300,000 Skill Points! 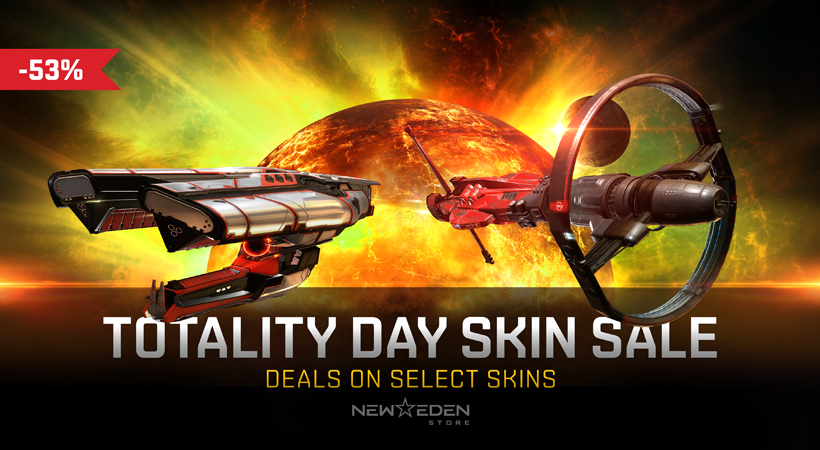 Snag Kybernaut Clade and Blackfire Steel SKINs for a selection of Triglavian and Empire ships at a 53% discount in the NES from 13-18 October in celebration of Totality Day!

Log in daily for bonus Agency Boosters, Filaments, and Skill Points throughout the festivities!

No matter where your loyalties lie, there’s something for every capsuleer to enjoy during the Totality Day celebrations. Fly fiercely, Kybernauts – we’ll see you in space!