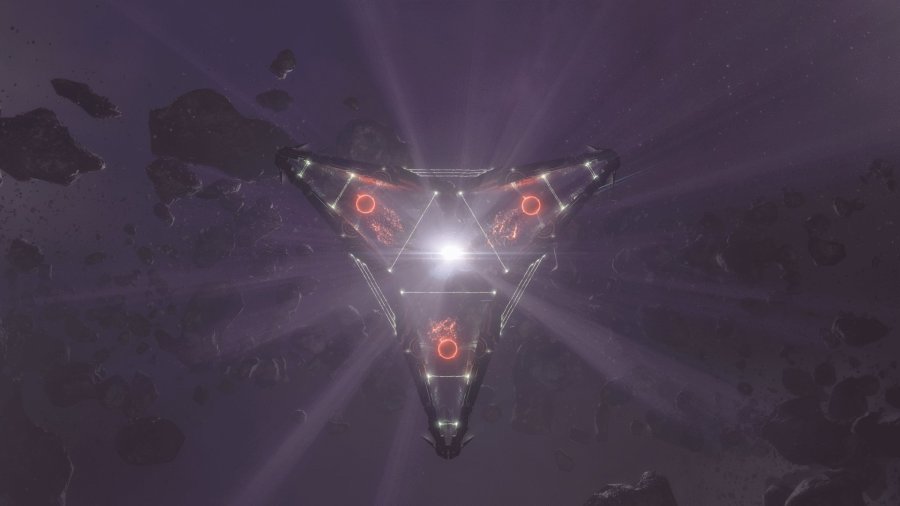 If you'd like to discuss this dev blog, feel free to head on over to the comments thread on the EVE Online Forums!

The Triglavians are almost here!

We announced this strange new line of ships at Fanfest just over a month ago and as we approach their release on May 29th we wanted to give you a final picture of what to expect as we head Into the Abyss. A lot has changed in the last month thanks to testing on Singularity and great feedback from the CSM.

First, let’s do a little catch-up for those who missed initial announcements.

Into the Abyss will include the Damavik Frigate, the Vedmak Cruiser, and the Leshak Battleship. These will be supported with a full line of small, medium and large Entropic Disintegrators as well as Entropic Radiation Sinks to upgrade their damage and rate of fire. New ‘Precursor’ skills will be required to make use of this hardware, and those skills can also be found in Abyssal Deadspace. 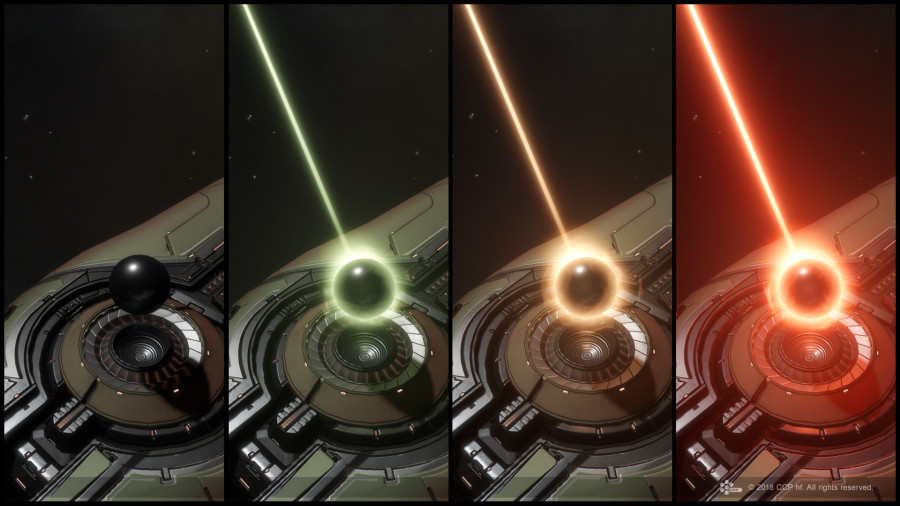 Entropic Disintegrators have several unique qualities that set them apart from other weaponry in New Eden. Most importantly, they charge up over time, doing more damage the longer they fire on the same target. Initially, we said this charge amount would cap at 50% but testing has shown room to boost this number massively.

On release, the maximum charge amount will be 150% or 2.5x the base damage on the turret. To get an idea of what that means, the Leshak Battleship will easily push out over 2500 DPS at full charge. The time it takes to reach full charge will vary, but you can expect a time around 80 seconds for the Frigate, 120 seconds for the Cruiser, and 140 seconds for the Battleship thanks to its rate of fire bonus.

This massive damage potential is balanced by the fact that weapon deactivation, for any reason, resets damage to the base amount. Deactivation could happen because of direct disruption, such as ECM, but range also plays a huge role. Unlike other turrets, Entropic Disintegrators have no falloff range and they deactivate immediately if the target leaves optimal. Range control will be critical when dealing with Triglavians, whether you’re the pilot or the opponent.

The last must-know for Disintegrators is that they only use one turret hardpoint. Consequently, Triglavian ships enjoy several utility high slots which can be used for a range of purposes. You will see NPC Triglavians favoring remote armor repair, but players may choose energy warfare, smartbombs, or exploration equipment.

This takes us nicely into the ship bonuses and slot layouts, which go even further to support extreme utility. 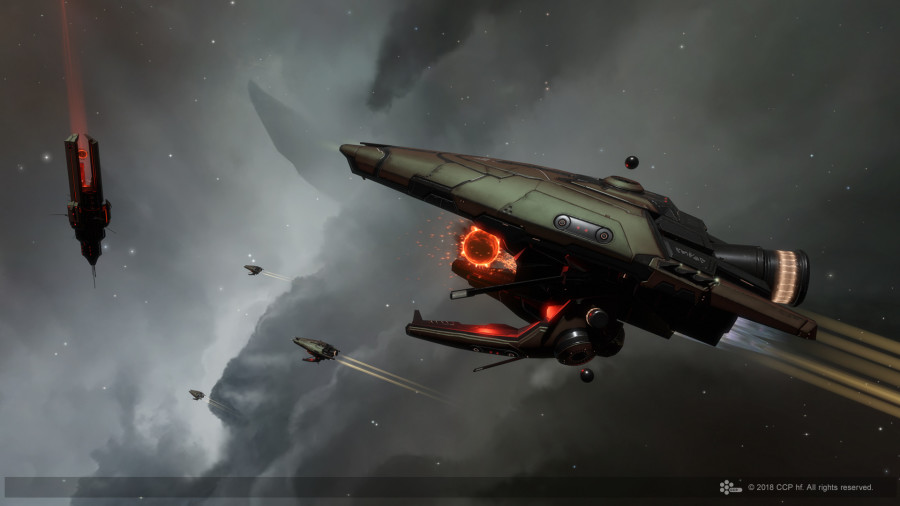 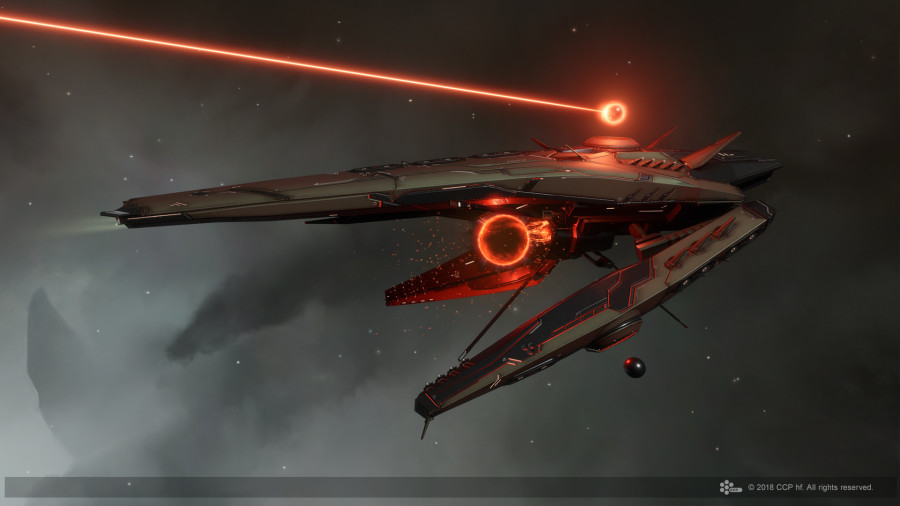 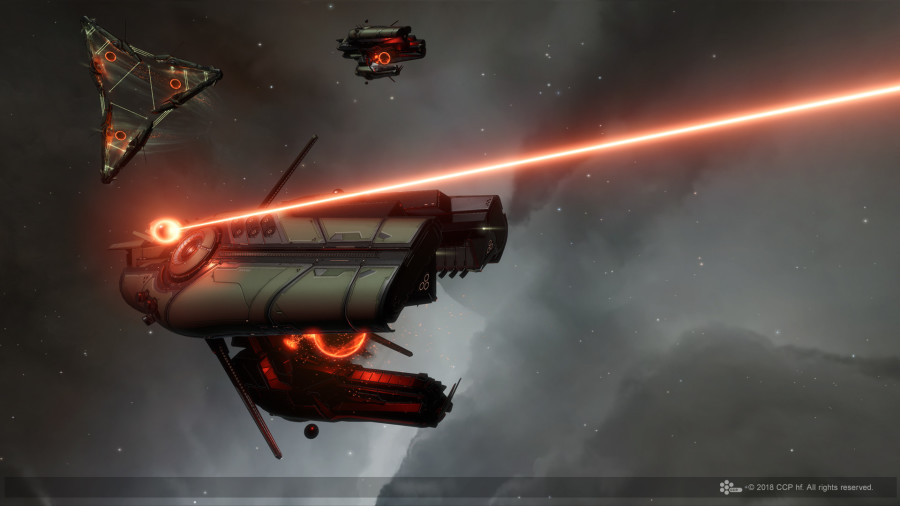 Complete attribute lists are live on Singularity as we speak, and you will also be able to find them in patch notes for Into the Abyss very soon.

We expect Triglavian ships to be especially powerful in environments where targets go down slowly. This includes small gang, Factional Warfare, and especially wormhole engagements. We also expect to be surprised with player innovation, as always, and to make sure those surprises don’t get out of hand, we’ve already set aside time to make follow-up balance adjustments shortly after release.

Looking even further down the line, we intend to flesh out the Precursor skillset with more ships and weapons that push the boundaries in EVE combat. We hope Triglavians set the stage for what’s possible going forward and we hope you enjoy these powerful new options in the capsuleer arsenal.