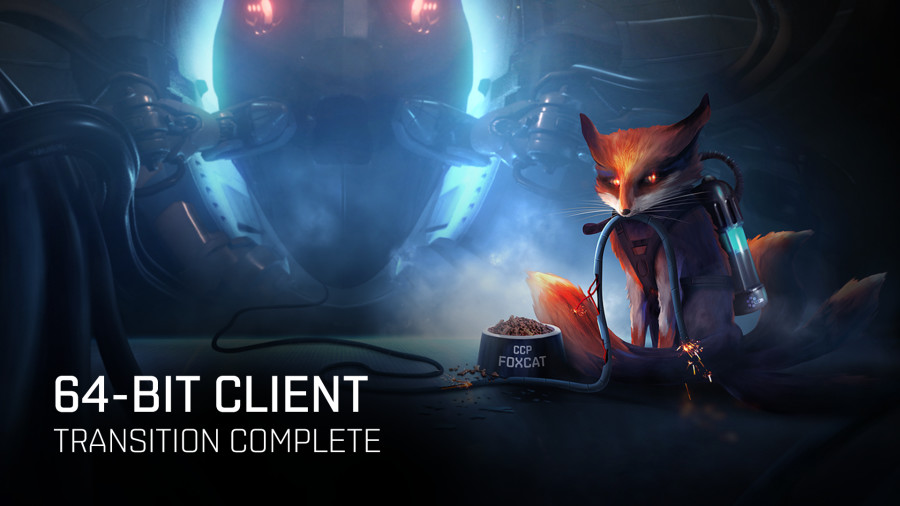 If you would like to discuss this dev blog please head over to this thread on the official forums.

In May 2019, the 64-bit client open beta for EVE Online was announced and it went live a few days later. Although this was opt-in, over half of EVE’s players activated within four months which was well above our expectations.

Then in September the 64-bit client was made the default with the results being closely monitored.

The transition away from the 32-bit client is now fully complete and the EVE community deserves an enormous "thank you" for all the valuable feedback provided during the opt-in phase and beyond. The 64-bit client ensures that EVE Online can continue to grow, while also reducing the development time associated with maintaining two clients.

Sunsetting of the 32-bit client will take effect from Wednesday, 26 February.

We’ll be raising the minimum memory specification for the client to be 4GB as a result of the move to 64-bit. We're also taking the opportunity to update the space requirements to 23GB to match the additional game content that has been added in the past year.

Our ongoing investment into our technical infrastructure, such as this transition to the 64-bit client and upcoming support for DirectX 12, is all a part CCP's commitment to EVE Online into the future.