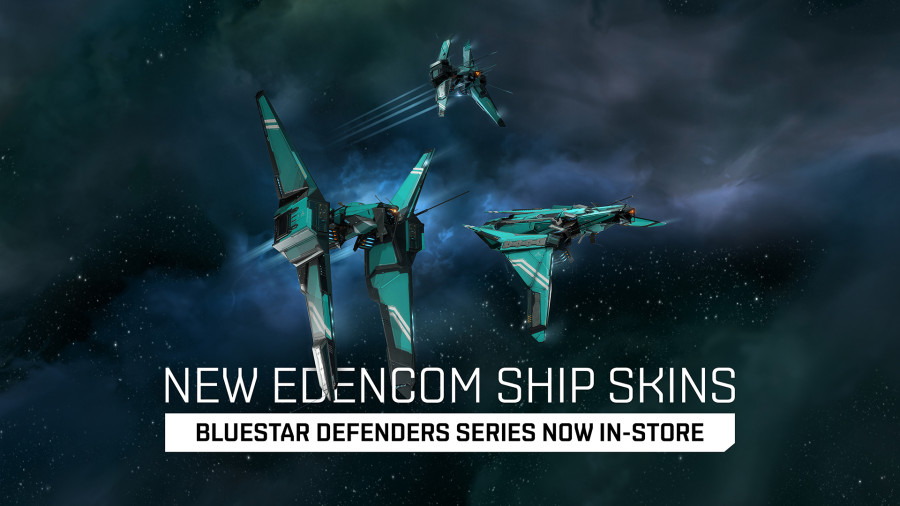 This stunning SKIN promotes the "Bluestar Defenders" unit of ships whose special role is to fight back against the Triglavian invasion, while making special reference to the defense of blue star systems in New Eden which the Triglavian Collective appear to have focused their considerable efforts on capturing.

In addition, a number of selected SKINs and items of apparel have returned to the New Eden Store, including the Ruby Sungrazer and Bloody Hands SKINs. However, other selected SKINs and items, such as the Intaki Syndicate and In Rust We Trust SKINs, will only remain in-store until 18 August. Keep an eye on the New Eden Store for these changes and don't miss out if there are SKINs or items of apparel you've had your eye on for a while!