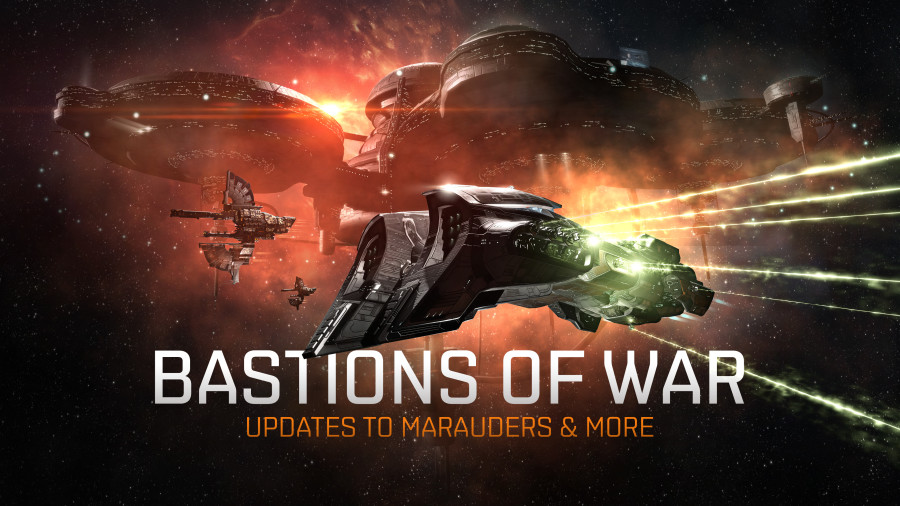 It’s time to bring heavy damage to the battlefield with the new Bastions of War update, coming soon as part of the Reign Quadrant! Marauders are getting a boost to their damage dealing might through changes to their unique Bastion module.

Marauders, which are Tech II versions of New Eden’s Battleship class vessels, can be fitted with a Bastion module and this will soon double the rate of fire for all large weapons while active, making them an even more formidable element on the battlefield.

Bastion duration will also be increasing up to 90 seconds, extending Marauders’ commitment to a single position in exchange for their newfound power.

There are also changes coming in the Bastions of War update for Interdictors and Stasis Webification Probes.

The Bastions of War changes will be live on the Singularity test server later today, so be sure to check them out!

In addition to those changes, next week you can also try out the new deployable Mobile Cynosural Beacon on the test server. This personal deployable takes 2 minutes to come online, at which time it will activate a cyno beacon allowing other Capsuleers in Jump Drive capable vessels within the same fleet to jump or bridge to the beacon’s location.

The following changes from the Singularity test server are subject to alteration based on testing and player feedback before arriving on Tranquility next week.