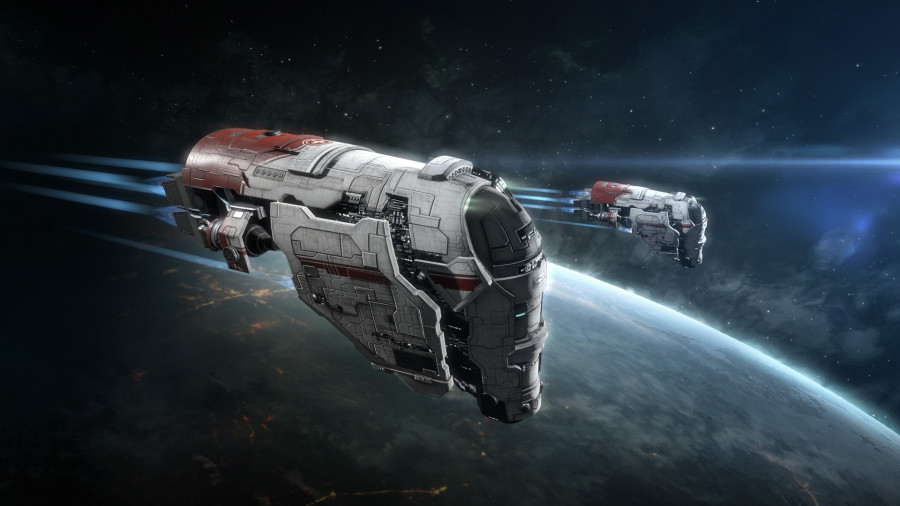 We’re super happy to announce that GM Week kicks off today, with a fun schedule that’ll see Game Masters visit all four corners of New Eden over the course of the next five days.

Starting today, GMs will be making their way to several highsec systems with cargo holds full of glorious loot that’ll be of interest to many capsuleers, including the Combat Medic SKIN and a few others too. These intrepid game masters will form the first day of the Scavenger hunt, in which pilots will have to scan them down to earn rewards.

As a side note, the big brother of the Combat Medic SKIN – the Ambulance SKIN – will be available in the New Eden Store throughout GM Week.

You should keep your eyes on local and get your probes ready (the scanning type, not the other type). We’ll be changing locations over the course of the week, and the main focus of today’s hunt will be Amarr systems.

Later today we’ll also be launching the EVE Vegas T-Shirt design contest too, where you’ll be able to submit your designs to be in with a chance of winning fabulous prizes that include signed books, EVE Store credit (with free shipping of course) and all manner of other goodies.

One of the most popular events from last year’s GM Week was Whack-A-Bot, so what the hell – we’re going to do it again!

Keep an eye on Yulai at around 17:00 today... there may be some targets of opportunity appearing...

We’ll also be rewarding the pilots who manage to land the final blow on any super capitals that might appear, as well as highest overall damage, so be sure to ready yourselves for some pew-pew if you want to pick up some sick SKINs.

As a heads up for tomorrow, we’d like to let you guys know in advance that we’ll be hosting a GM AMA on /r/eve that’ll kick off at 15:00 or so EVE Time. Be sure to check it out if you have a burning desire to know whether you should have the chicken sandwich first, or the spaghetti.

Tomorrow will also see us shift the Scavenger hunt to Minmatar space, and newbros across the cluster can expect visits from a few GMs in some interesting ships!

We’re looking forward to having some fun with you guys this week, so that’s it from me for now.