EVE’s Summer of Streams is set to continue, with a wealth of unmissable content due across August, following on from a packed July filled with CCPTV broadcasts, dev blogs, and Q&As.

Summer of Streams gives you a chance to get closer to the development and evolution of EVE, welcoming you behind the scenes as the dev teams share what they’ve been up to, and where things are going. And in August they’ll be sharing more insights on Faction Warfare, Frontlines, the development of arcs, the narrative-driven design approach, and more.

You can find all the current and future dev blogs here on EVE News, while the streams take place over at CCP TV. For all the times, dates and latest updates, meanwhile, EVE’s official Twitter feed is the place to keep an eye on.

But what exactly is happening in August? Here’s the current schedule: 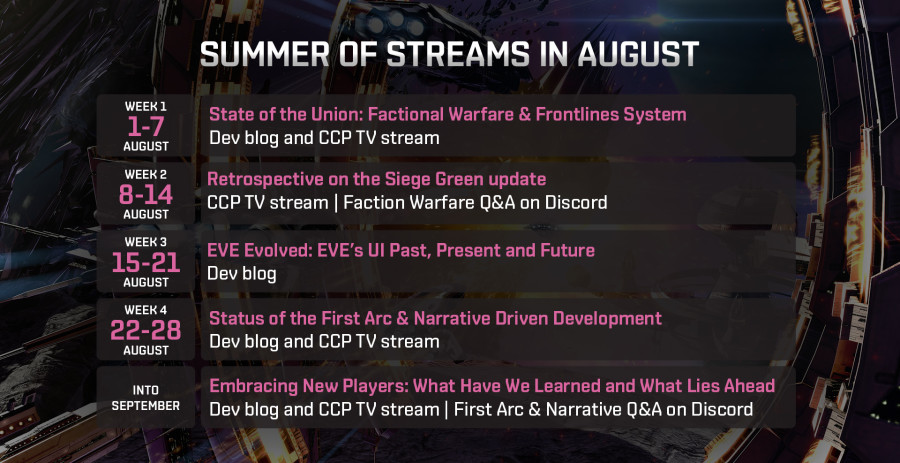 Note: Due to scheduling issues the Siege Green Retrospective and the UI Dev Blog have been been postponed until further notice.

Enjoy your summer and learn plenty new about EVE Online, and we’ll see you on CCP TV!