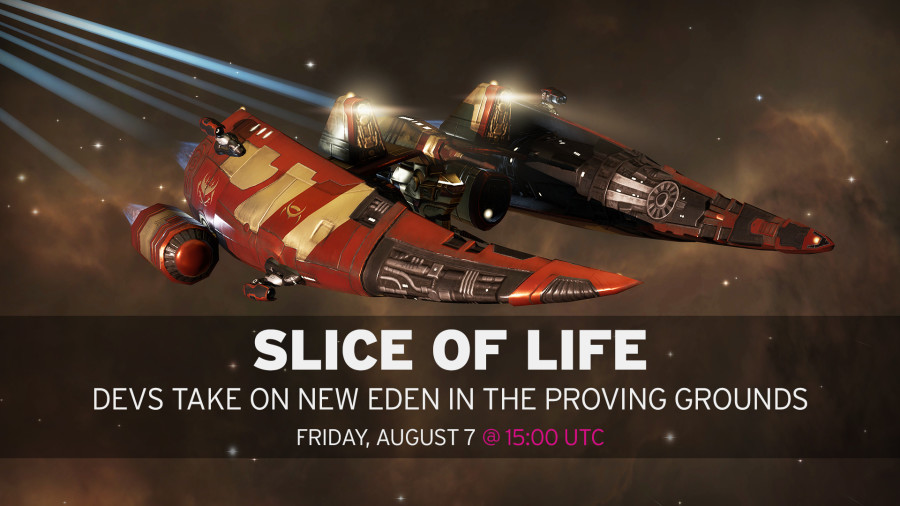 The next Proving Grounds event kicks off on Friday, August 7 straight after downtime and runs until Tuesday, August 11. To celebrate Amarr Foundation Day this event will be the first to feature a single ship type - the fierce Imperial Navy Slicer.

CCP will be joining the Foundation Day celebrations too - CCP Fozzie, CCP Signal and CCP Aurora will be fleeting up and testing themselves in the Proving Grounds from 15:00 UTC on Friday, August 7. Their efforts will be streamed live on CCP's Twitch channel so you can either tune in to watch, or if you prefer, grab some friends and some filaments then come find them in the arena!

CCP Convict will be hosting the stream and along the way we'll talk about upcoming event formats and some exciting changes coming soon to the Proving Grounds. Plus, everyone likes to talk about the weather so we'll also discuss the Metaliminal Storms which will be arriving later this month.