GM Week is Back! | EVE Online

GM Week is Back!

Another exciting and action-packed GM Week starts today! All week long, until 23:59 UTC on 24 September, jump online and join your fellow players and GMs for a multitude of fun events – both in and out of game – including streams, in-game content, contests, and more!

We’ll be conducting all kinds of exciting contests throughout GM Week, spurring on fun activity and rewarding winners with great prizes!

Entries for the EVE Cosplay Contest, announced several weeks ago, will be accepted all week until 23:59 UTC 24 September - and winners will be announced by 8 October, two weeks after the submission deadline. We’re looking forward to seeing the very best of the dazzling EVE style that players can create, and rewarding them with fabulous prizes, which you can read more about in the Cosplay Contest Announcement! 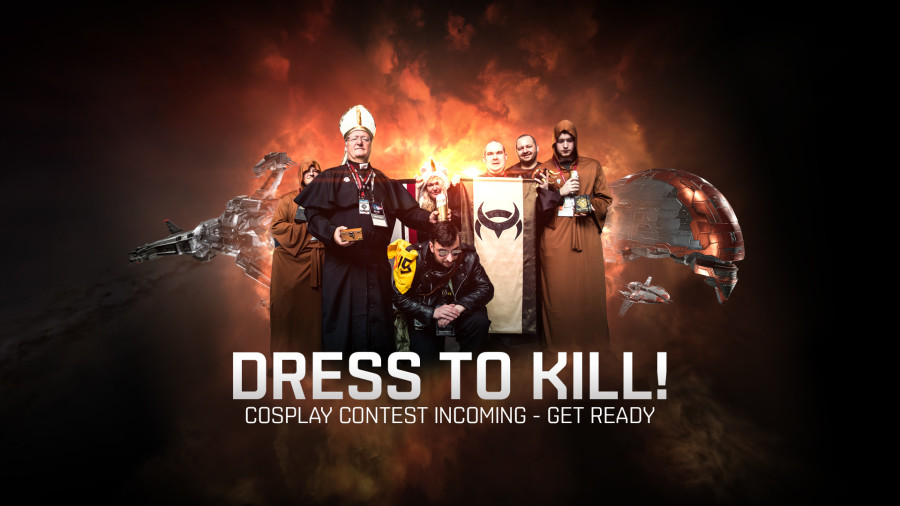 Submit your best EVE-inspired memes, badly drawn art, propaganda, or anything else you can think of in this contest’s forum thread, where the winners will be chosen based on number of likes. Submissions must be in PDF, PNG, or JPEG format, with a max size of 1920x1080. The winning entries will be displayed as backgrounds in the meeting rooms at CCP’s HQ!

Break out your wordsmithing skills! Players are invited to craft an EVE-related limerick or conversational ice-breaker, to be submitted via Twitter using the #gmweekwordsmith hashtag. Limericks should follow the traditional format – (see here), and ice-breakers should be written as if you were sparking up a conversation with a Capsuleer, be it for business, friendship, desirable cooperation, or anything else.

Winners will be awarded 1000 PLEX and two SKINs as prizes, and runners-up will receive 500 PLEX and one SKIN. In addition, all winners will be given bundles of collectible items associated with GM Week! While this is indeed a contest of witty and comedic wordsmithing, we kindly ask that you please be mindful of the content of your entries – EVE is a PEGI12 game, after all, and social media platforms all have their own measurements of what crosses the line. With that said, have fun!

*All contests run from the beginning of GM week until 23:59 UTC on 24 September

During this year’s GM Week, we’ll be running all sorts of fun live events for players to participate in - including activities at specified times, as well as ones running week-long!

In this fan-favorite event, Capsuleers discovered using CONCORD-prohibited automated piloting technology will be dragged into Yulai, ship and all, where countless players will be sitting in wait to tear them apart!

Various GMs and ISDs will be taking to space with the fantastic BjornBee as their FC, with each pilot carrying small amounts of goodies - so keep an eye out and watch the chaos, or hunt the fleet down to instigate even more excitement!

Containers full of interesting loot and goodies - including specific SKINs and vanity items - will be spread around space during GM week, with hints as to their locations being dropped during streams and across various in-game chat channels!

Trivia-locked containers will be dropped in easy-to-find locations across space throughout the duration of GM week, named with riddles whose answers will open them. Prizes include more SKINs, vanity items, and even PLEX!

Magic School Bus Stream – 21 September at 16:00 UTC Drop in for a relaxed stream with various GMs as they pop between career agent systems to talk to new players and give them ships and advice, while other GMs answer questions onstream and on a special GM discord server!

GMs will also be hopping onto various streams hosted by EVE partners during the week, so keep an eye out and tune in to watch live!

In addition to these events, the Emergency Response Squad SKINS for logi cruisers are returning to the NES during GM week, with new availability for each Empire’s logi frigate.

We’re looking forward to another exciting GM week this year, and can’t wait to see the fun, excitement, and chaos you’ll all bring.