The holiday season is coming to New Eden, and with it returns the ever-popular Winter Nexus series of events and rewards from 15 December 2022 until 3 January 2023! There is also a stuffed calendar of in-game updates and improvements to further spread the holiday cheer.

Whether you’re logging in daily to grab your free gifts as part of the 13 Days of Nexus, enjoying the introduction of multiple overviews and updated Photon UI elements, or admiring new corp and alliance emblems on your ships, there’s something for every capsuleer in EVE this winter.

The roaming Volatile Ice Storms will once again provide exciting and unique Wightstorm combat, mining, and hacking sites with awesome rewards across highsec, lowsec, and nullsec. Be sure to use your variety of Ice Storm Filaments from the daily login rewards or loot drops to transport yourself directly to (and from!) the action.

The Wightstorm combat sites will be most challenging – and rewarding – in lowsec space, followed by the nullsec and highsec varieties. The same goes for the hacking and mining sites, and you can expect last year’s Yoiul Festival and 13 Days of Nexus reward SKINs - plus the unique Yoiul Clone trinkets - to drop as loot at these sites for the 2022 event!

Keep in mind that you’ll be able to take advantage of special bonuses inside the Volatile Ice Storms, allowing you to overheat your modules for longer. That should keep the fire burning throughout your enemies’ hulls this winter!

Getting into the holiday spirit of gifting, the 13 Days of Nexus daily login rewards will once again provide free Skill Points, new Aurora Universalis SKINs, Expert Systems, Ice Storm Filaments, and more from 15 December until 3 January 2023. This year the 13 Days of Nexus login rewards for Omega pilots also include up to 20,000 EverMarks, which you can exchange for corporation and alliance emblems on ships. Omegas will also receive up to 510,000 Skill Points! Log in on 13 of the 19 days of the Winter Nexus celebrations to grab all the rewards! 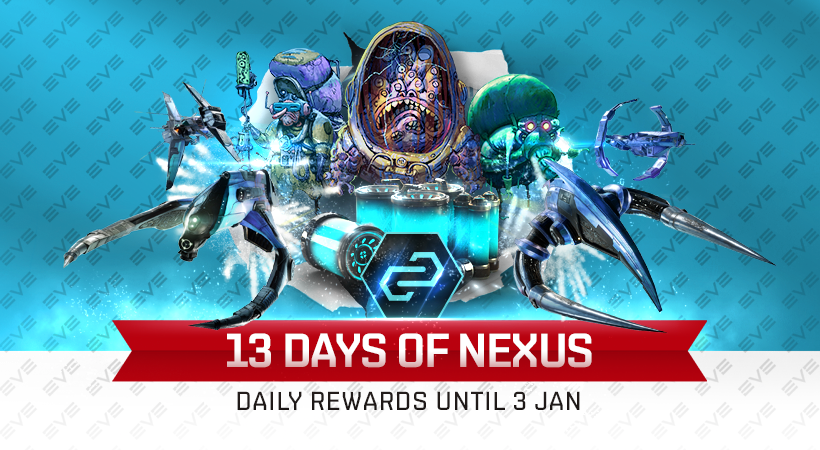 In addition to the above, the Winter Nexus also includes the daily and seasonal challenges that provide even more rewards for taking part. The Yoiul Festival seasonal challenges and rewards will allow you to unlock more boosters and new Aurora Universalis SKINs for completing activities within Volatile Ice Storms, and the Chilling Spree will offer up Skill Points for hitting fellow capsuleers with snowballs daily! 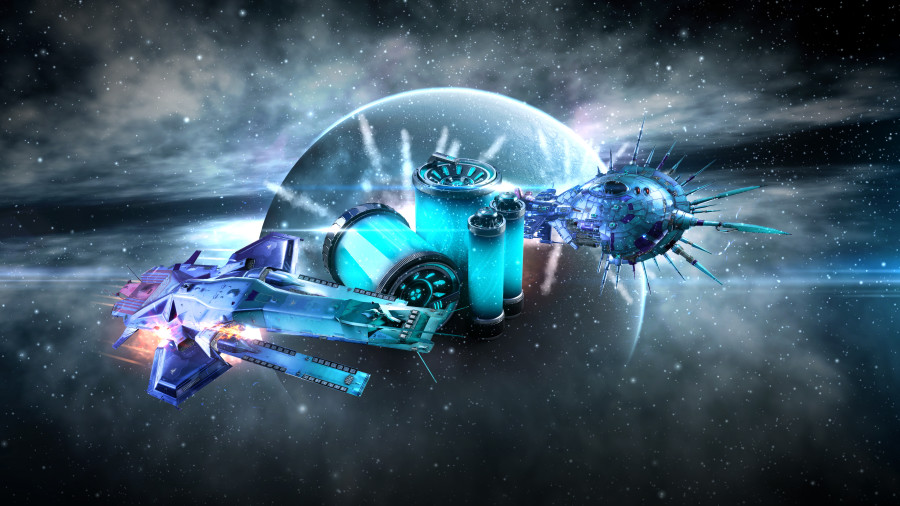 If slinging snowballs at each other isn’t enough, you’ll also be able to go nose to nose with your fellow capsuleers in dedicated Abyssal Proving Grounds events, themed around the special Ice Storm environment! You’ll have new opportunities to overheat your modules for longer and get a bigger speed boost from afterburner modules too!

Here are the different formats you’ll be able to tackle throughout the festive season: 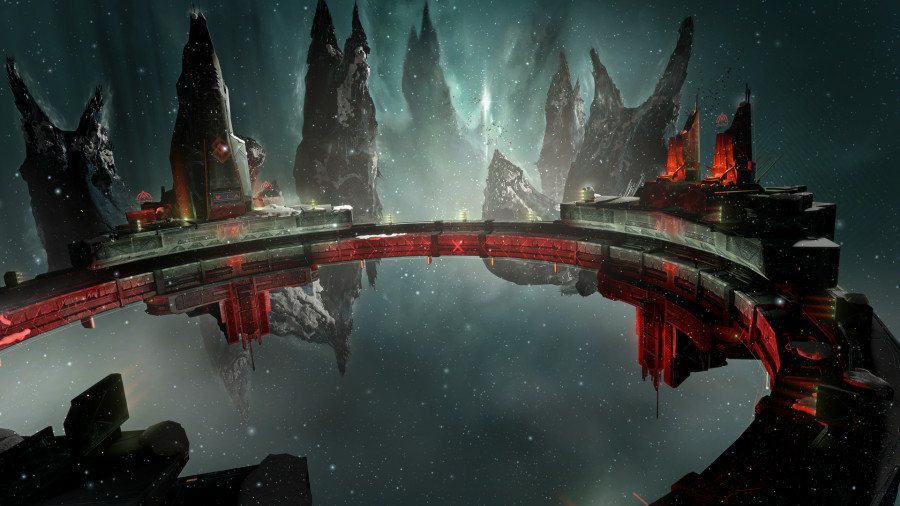 Following the successful debut of corporation and alliance emblems on over 100 ships with the launch of the Uprising expansion, on 15 December Paragon will make those emblems available on a further 186 ships! These include all remaining frigates, destroyers, cruisers of all tech levels, Tech I mining barges and exhumers, and non-capital industrial ships. Remember, as an Omega, you get more EverMarks for every Paragon agent mission completed, and you’ll get up to 20,000 EverMarks during the 13 Days of Nexus to use on these new emblems! 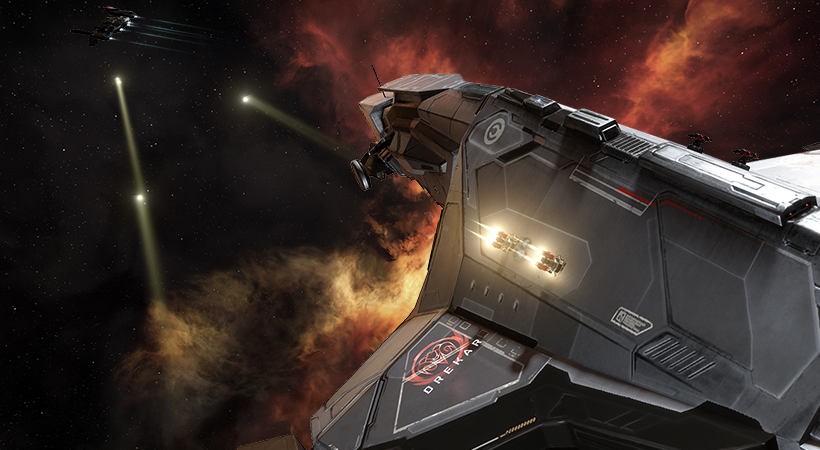 As part of the ongoing EVE Evolved initiative, the Photon UI has undergone a number of updates this holiday season to give players a more modernized in-game interface to enjoy. Be sure to check out the summary of those improvements up to November for more info.

In addition, since this time of year is about getting what you’ve asked for, the much-requested introduction of multiple overview windows in EVE is now live in-game! The overview is an essential tactical tool and allowing multiple instances of it will mean that you can tailor the presented information to your chosen playstyle in a more precise way than ever before. Speaking of which, don’t forget that a new default overview based on the popular Z-S Overview pack is now available to all players, too!

Due to the number of changes and improvements made since the opt-out release in October, we have reset the opt-out state of all clients. If you still wish to use the classic UI instead, you will need to opt out again. 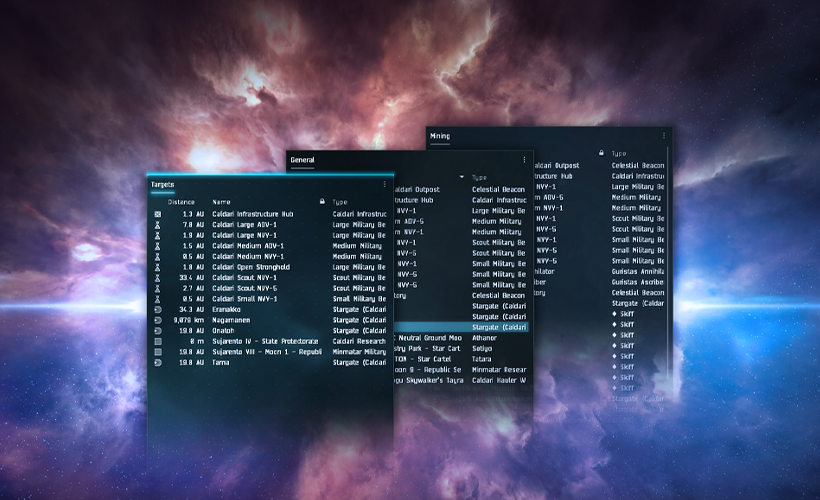 As part of the ongoing improvements made to help fresh capsuleers enter the universe of New Eden more seamlessly and find their path, career agent mission updates have arrived just in time for the holiday season. This includes UI guidance improvements throughout the Industrialist paths, tweaks to mission objectives, reward rebalancing, more clarity in mission text, and more. One of the main outcomes has been an observed rise in the new player completion rate for these missions. With today’s release, you will continue seeing improvements such as these made to career agent missions.

In addition, an introductory short mission has also been added to guide players through the ship personalization process. The journey incudes being introduced to IRIS, receiving a Paragon gift crate, assembling and boarding a destroyer, learning about the PLEX Vault and wallet, then purchasing, redeeming, and activating a SKIN through the ‘Personalization’ tab. Be sure to check out the patch notes for full details.

Furthermore, the AIR Career Program will see an update later this week with better visuals and usability changes that will improve the experience of new capsuleers. 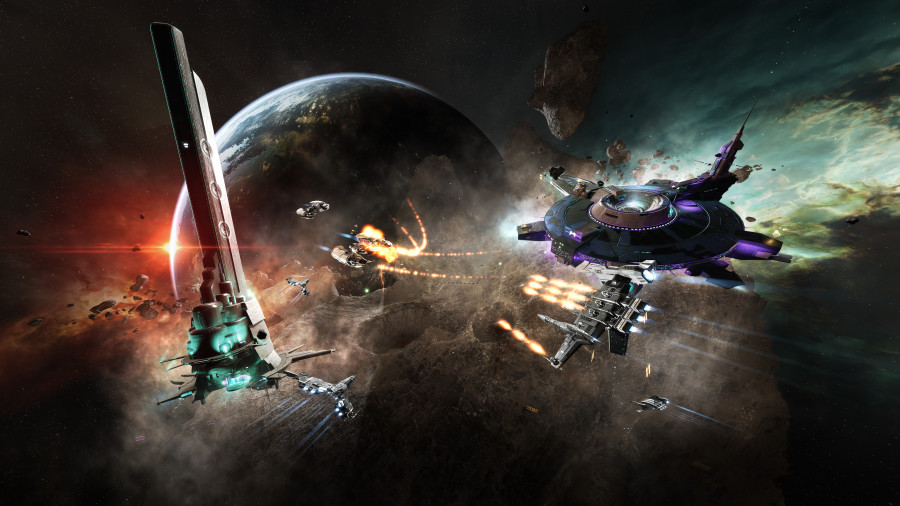 Following the recent discovery by Upwell Consortium Corporations, new ores can now be found distributed in close proximity to some type A0 blue stars. These resources have appeared mainly in nullsec and wormhole space, specifically the following asteroid types:

This increases the amount of ore in the universe, offering more opportunities for capsuleers to get their hands on valuable industry materials.

Alongside the above, the maximum moon mining yield has been reduced by 25% – striking a balance between necessary conservation and last year’s doubling of extraction yields. More details can be found in the Resources Realigned article. 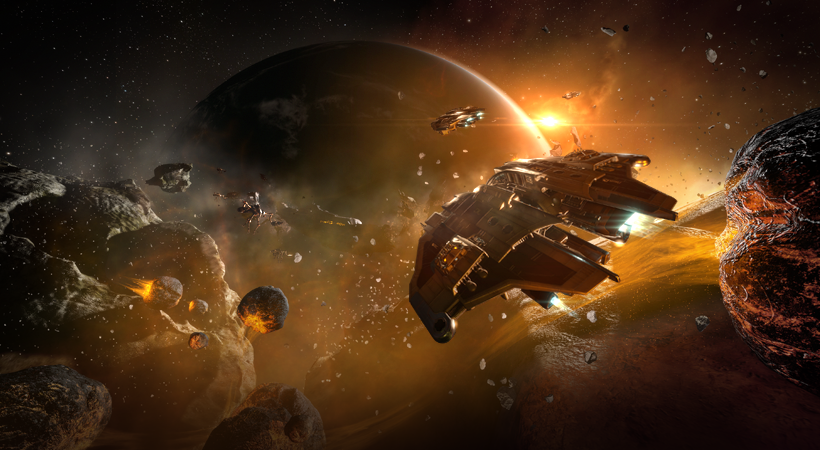 To celebrate this season of festivities, the new Winter Luminae Pack will be available from 15 December to 3 January in the EVE Store, featuring 13 Yoiul-inspired days of Omega time, 250 PLEX, 100,000 Skill Points, Luminae Polaris SKINs for the Cruor, Succubus, and Garmur, and an Advanced ‘Boost’ cerebral accelerator.

Also in the EVE Store, between 16 – 21 December, you will be able to get 20% off PLEX packages of 500 and up, plus free brand-new Luminae Polaris SKINs for the Phantasm, Barghest, Nightmare, and more with 1000 PLEX packages and higher. 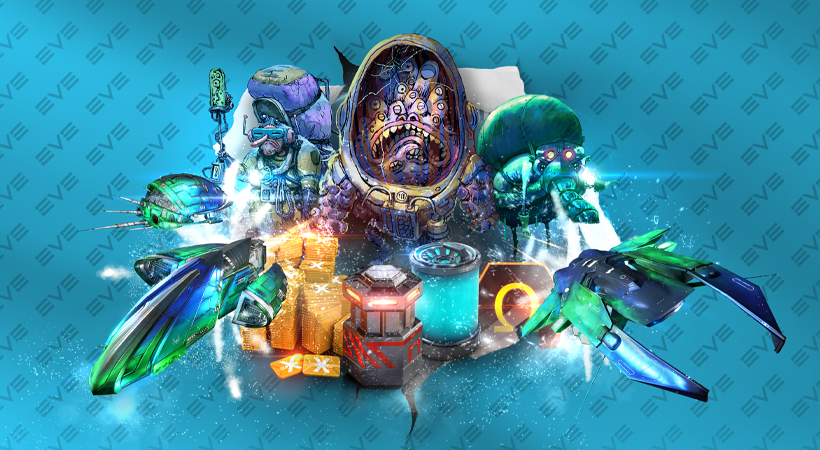 Also available in the NES, all the other Yoiul Star SKINs will return at 20% off from 15 December to 3 January. Make sure you stock up and show off those SKINs, especially as the charge will build up incrementally and then project a star from 25 December onwards. 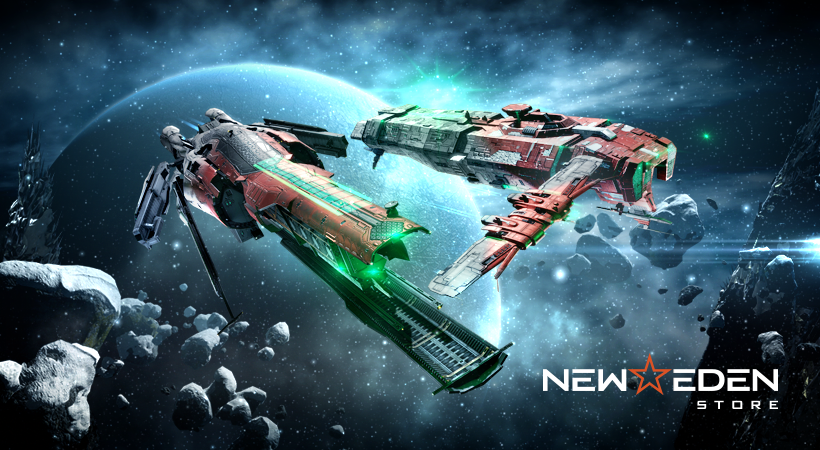 If all of that is not enough to sate you this season, for a limited time, any purchase you make in the EVE Merch Store will come with a free SKIN bundle for the character of your choice.

Check out the main EVE Merch Store or EU Merch Store and treat yourself or a friend. The offer expires at 23:59 UTC on 24 December, so don’t miss out! 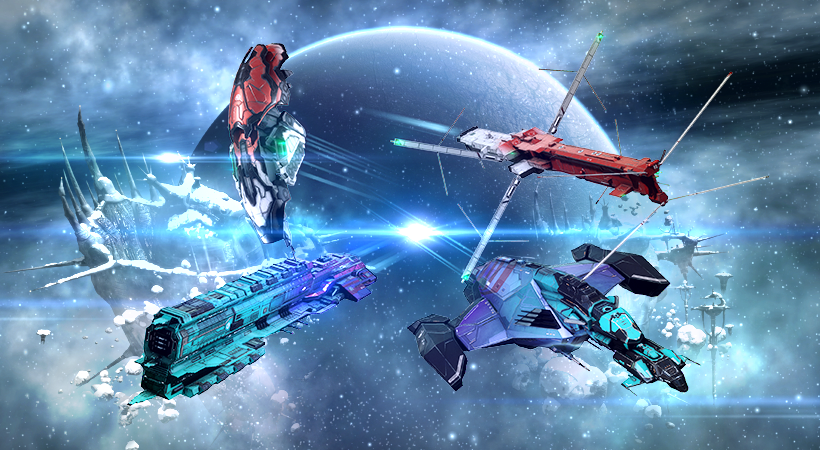 This time of year is synonymous with reflection, so it’s the perfect opportunity to mention that the 2022 end of year EVE Online video will be coming next week and will highlight collective capsuleer achievements in New Eden. In addition, if you subscribe to our mailing list, you will receive an email containing some of your own personalized 2022 EVE Online statistics!