From Extraction to Production | EVE Online

From Extraction to Production

In July, it was mentioned that the shortage phase was ending, and that in Q4 EVE Online would be fully moving onto the redistribution phase, followed by dynamic distribution later in 2022. Specifically, the following was mentioned:

As part of the New Dawn update, the foundations that have been built will be expanded upon and there will be full transition into the redistribution phase with a comprehensive update to mining and a balance pass to industry, including the above points and more. The goal is to provide players with more opportunity for resource gathering, better agency for efficient production, and to facilitate the transportation of materials. This will also add clearer progression for the mining path, as well as adding value for those who choose to specialize in the career. 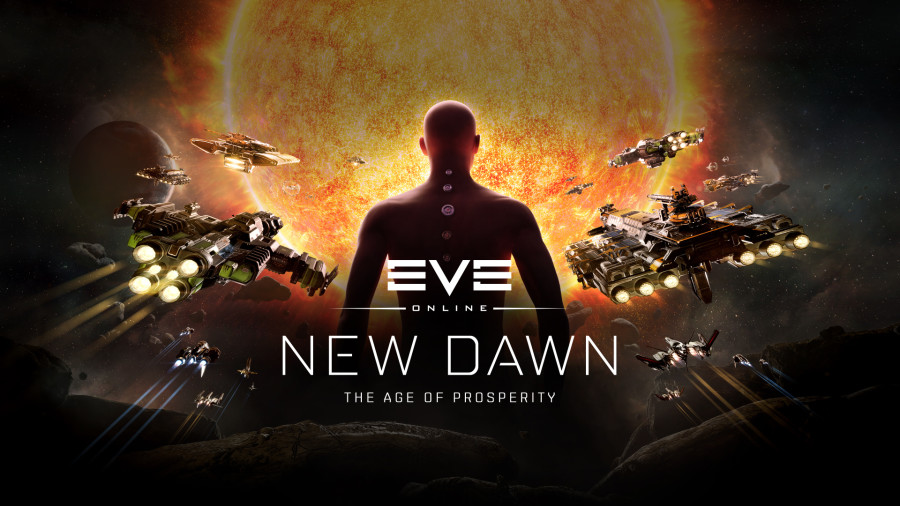 This update introduces more raw materials into New Eden, compression for gas, ice & moon ore, updates to mining & mining crystals, and a rebalancing of the Orca and Rorqual as well as other mining ships. While the Orca and Rorqual will no longer be the best solo-mining platforms, they are receiving a buff to their command bonuses and added new roles.

All the details here and in the support document are a work in progress and subject to change before release on Tranquility. This is a major update and getting your feedback is imperative. As of today, the discussed changes are available on the Singularity test server, so we encourage all Capsuleers to dive in, explore the changes, and join the discussion in the official forum thread.

Disclaimer: All names for new skills and modules are placeholders and will be updated before going live on Tranquility. This update will see a doubling of resources available across New Eden. This includes:

In addition to the doubling of resources, a new ‘mining waste’ mechanic will be introduced. Mining waste will create a greater benefit to increasing mining skills and using more advanced modules that lower the rate of waste. This also introduces new gameplay options, such as high waste mining of opponents’ resources via updated mining crystals that increase harvesting at the cost of increased waste. Mining waste can be tracked in the mining ledger.

To accomplish this, a few things are happening:

As mentioned earlier, different modules will have different attributes. The below table, apart from some exceptions (mainly named modules), demonstrates the expected waste-related attributes for each category.

Given that a significant portion of mining is done using T2 modules, this is an overall net boost to global resource availability.

Let's dive into the details of how compression is going to change: The following compression modules are being introduced:

The Rorqual modules have a higher duration per cycle, but they are more efficient (fewer resources are lost during compression).

Compact modules have reduced duration, but they are less efficient. Each compression module can support one of the resource tiers. For example, the Mobile Abyssal Ore Compression Unit can only compress abyssal ore types. The Mobile Rare Ice Compression Unit can only compress rare ice types etc. The same paradigm exists between Tech I vs Tech II modules. Tech I modules are faster but less efficient than Tech II modules. You can find the full list of module stats here.

How does it work? When you have a compression module fitted, you can load the appropriate resources as 'ammo' in the module and activate it. The ‘input quantity’ of the uncompressed type will be consumed and the ‘output quantity’ of the compressed type will be delivered to the main inventory of your ship. To load the resource, you right-click on the compression module. Upon doing so, at the top of the menu you will see all suitable resources for this module that exist in your main inventory. Resources can only be loaded from the ship's main inventory.

The blueprints for the new modules will be released before the end of November so that an inventory can exist before the actual compression changes happen.

To accommodate for the new modules, the following skills are being introduced:

All new skills will be released by the end of November.

The compact variation will require a new skill; Compact Industrial Reconfiguration. These changes to industrial cores further reinforce the roles of both the Orca and Rorqual in their effectiveness to supporting mining fleets. Their role is further enhanced with the introduction of moon ore compression for the Rorqual, with gas, ice, and regular ore compression for both Porpoise and Orca as well. This has not previously been possible and will allow for increased operational runtime and easier transport of gas and moon ore. Details can be found here. As can be seen, and has been discussed before, the role of the Rorqual and Orca will be changing in New Eden. It is becoming less feasible to solo mine in them since the drone mining yield for both the Orca and Rorqual is being reduced. It will nonetheless play a vital role in space as mentioned before - in being a support mining ship – both for boosting fleets and compressing. This will mean that Rorqual proliferation in New Eden will be impacted, which will mean more from everyone that is not in a Rorqual – unless in the scenarios where mining groups optimize together with a balance between good mining ships and good mining support ships.

All existing crystals will be migrated to their Type A counterparts depending on the tier to which they belong. For further information click here.

In addition, the Deep Core Mining skill is being updated; its probability of damage reduction bonus per level changes from 20% to 10%.

There is also a new line of gas harvesting modules that will be unique to mining barge and exhumer ship types. The existing gas harvester modules will be renamed to gas scoops and the harvester keyword will be used for barge/exhumer equipment. Similarly in this case, the details of this update are available here. Mining and industrial ships are receiving a balance update which will create more clarity between the roles/specialization of the different ships. An important component of this balance pass is the update to specialized resource holds, which can be boiled down to a few key adjustments:

Specialized resource holds are being updated:

Changes to ships with specialized holds can be found here, but some highlights include:

For a comprehensive look at all changes, peruse the supporting document. October marked six months from the ship industry mega update and as such, it is a good time to review these changes. To address some player concerns, we will be making the following changes. Please note that types in the blueprints that are not listed remain unaffected and values in parentheses indicate previous values.

Please also note that there will another review of ship blueprints six months after this update goes live.

Almost two years ago the journey of shoring up EVE’s ecosystem started. This was done to ensure that EVE is set up for a thriving third decade, with the goal that EVE will eventually outlive us all. EVE’s ecosystem was not in a healthy state, and the two-year shortage phase has understandably been a challenging road. It has meant tighter belts, and a complete shake-up of the institutional knowledge that EVE players have utilized when it comes to earning ISK and resources. Now as a part of the New Dawn update, we are expanding on the foundations we have built and transitioning fully into the redistribution phase, with a large update that includes doubling of resources (and also introducing mining waste), a balance pass for all mining ships, Moon Ore & Gas Compression, and more. In the next couple of weeks, we will publish a ‘Winter Status update’, akin to the July Status Update that was released earlier this year, which will give you better insight into everything going on in EVE.

There’s a lot to take in as this is one of the biggest updates to industry and mining in EVE’s (almost) 19-year history. It is on the test server for a reason – it is pivotal to get players’ eyes on it, as with anything this big there are bound to be things that need a re-review, so as mentioned before we encourage all Capsuleers to dive in, explore the changes and join the discussion in our official Forum thread. Remember, whenever anything big like this happens in EVE, new opportunities arise for those willing to jump in, experiment and become experts.