The Hunt returns to New Eden for YC124. Join your fellow Capsuleers in the hunt for Mysterious Capsules found at random celestials across the cluster. Check your directional scanner and start the hunt at planets, moons, asteroid belts, and stars to uncover these colorful capsules. Crack one open to receive a key to enter one of the many Guristas Hunt sites.

Guristas Hunt Outposts can be found anywhere and are combat sites suited for tech 1, tech 2, and faction frigates and destroyers. You’ll also find Hunt Data Relay sites to complete. Both types of sites will reward you with unique loot limited to The Hunt such as the coveted C3-X 'Hivaa Saitsuo' Ballistic Control System!

Even better, Hunt sites this year will now drop double the loot if you can secure a kill on the combat site mini boss. Data sites also have more cans to hack and more loot to get away with. There has never been a better time to hunt for loot! 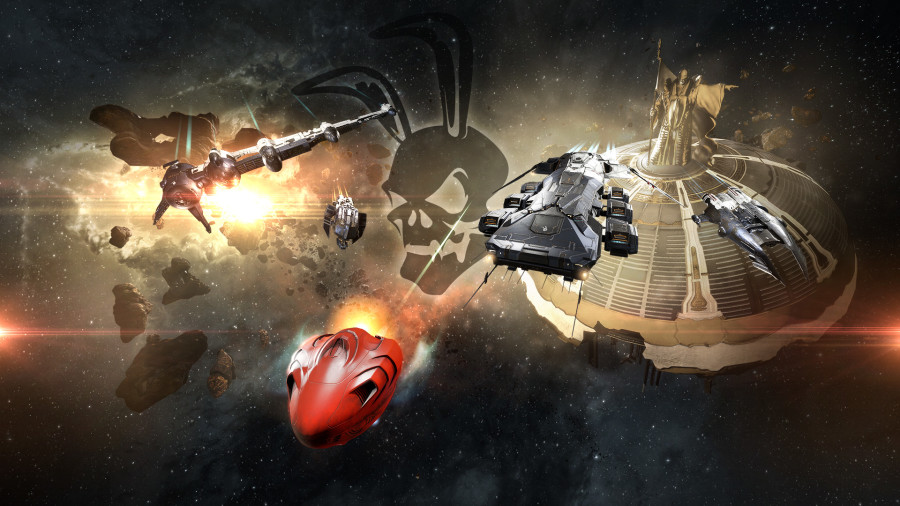 Up for more of a challenge? Head to Venal or Caldari Lowsec to find the more difficult Guristas Huntmaster Outposts and even a brand-new site suited for capital ships! Seek these difficult sites and the rewards will be worth the risk. Be sure to bring along a Hunt Acceleration Gate Key from a Mysterious Capsule to get a shot at the best loot in each site.

And for the PvP players out there? Mysterious Capsules aren’t the only pods to hunt during the event. Catch and loot player pods to find their implants still intact. Who ever said second-hand Snakes aren’t still good?

Hunt for the Golden Pod

Following an infiltration into the Caldari state by suspected sleeper agents of unknown origin, a number of capsules have fled from Jita 4-4 and are making their way towards Venal and Caldari Lowsec. It is said that the defectors are led by a high-ranking director of the Caldari Navy Research and Development Division, Esri Hakuzosu.

Esri Hakuzosu’s team previously worked on advanced capital ship construction and development and it is said that she fled with data fragments from the R&D department – something that both the Caldari and Guristas want back. Among hundreds of decoy capsules, a small number of golden pods seem to be carrying the defectors and the all-important data fragments.

The Scope has released a report on this infiltration, watch it below to find out more about these mysterious capsules found seemingly all across New Eden.

Find these golden pods during The Hunt and turn in their data fragments to empire states for a hefty reward!

Whether you’re new to The Hunt or if this isn’t your first time, there’s a deal for you in the EVE Store. For a limited time only, the Guristas Hunter Packs are available for purchase. They’re only around until 19 April! 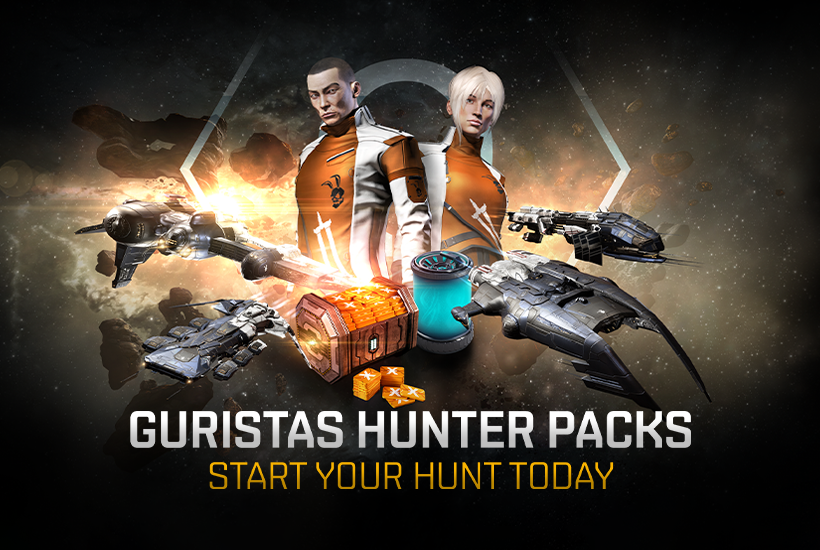 Select the Outlaw Hunter Pack to get 30 days of Omega time, 50,000 Skill Points, and among other goodies, a Core Ship Operations Expert System. Use it to get a taste of your potential and instantly gain access to the ‘Magic-14’ skills for a limited time!

Veteran Capsuleers should take a look at the Podhunter Pack for a lucrative package of 500 PLEX, 100k Skill Points, and more. You’ll also be getting four new Ace of Podhunters SKINs. These Hunt exclusive SKINs are usable on the Coercer, Cormorant, Catalyst, and Thrasher.

Alongside the Guristas Hunter Packs in the EVE Store, you’ll also be able to hunt down the incredible Ace of Podhunters SKINs in the New Eden Store! Now available on more ships than ever before. Take a look at these new deals: 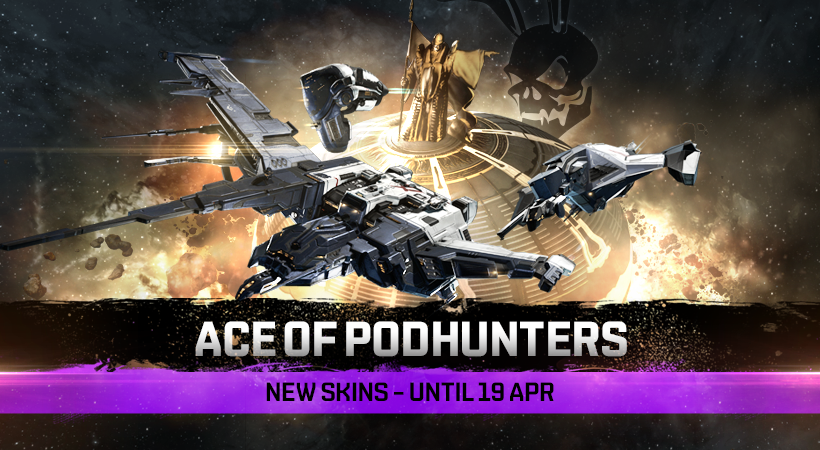 The Guristas Bundle and HAC Bundles are available, too. The former contains SKINs for the Rattlesnake, Gila, and Worm, while the latter is a package of SKINs for the Zealot, Eagle, Ishtar, and Muninn. Get them from the New Eden Store to save up to 15% on SKINs during The Hunt.