Proving of Kybernauts for Glorification in the Flow Unfolds | EVE Online

Proving of Kybernauts for Glorification in the Flow Unfolds

Today’s dev blog will dive into an exciting set of new PVP events that will be launching with EVE’s third quadrant this July. 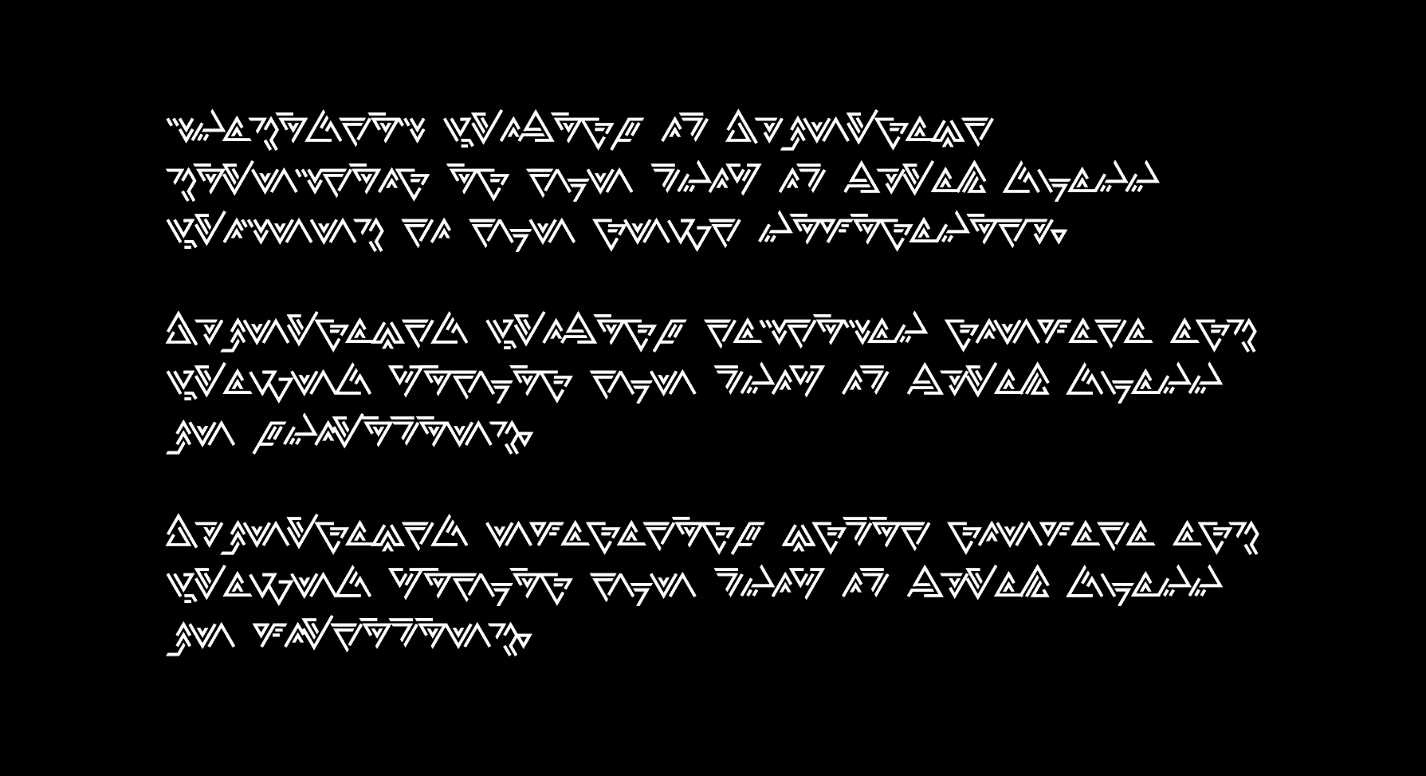 In the tradition of other recent additions to the game, such as the Needlejack Filaments, the new Proving Filaments are intended to provide players with another unique form of short session PVP that is full of variety and that complements the other PVP systems already available in the game.

These Proving Grounds will allow players to face off against each other, using their mastery of both piloting and theorycrafting to overcome their opponents. They will also be able to track, compare and boast of their prowess through leaderboards that will allow players to follow the action throughout each event.


The Story So Far 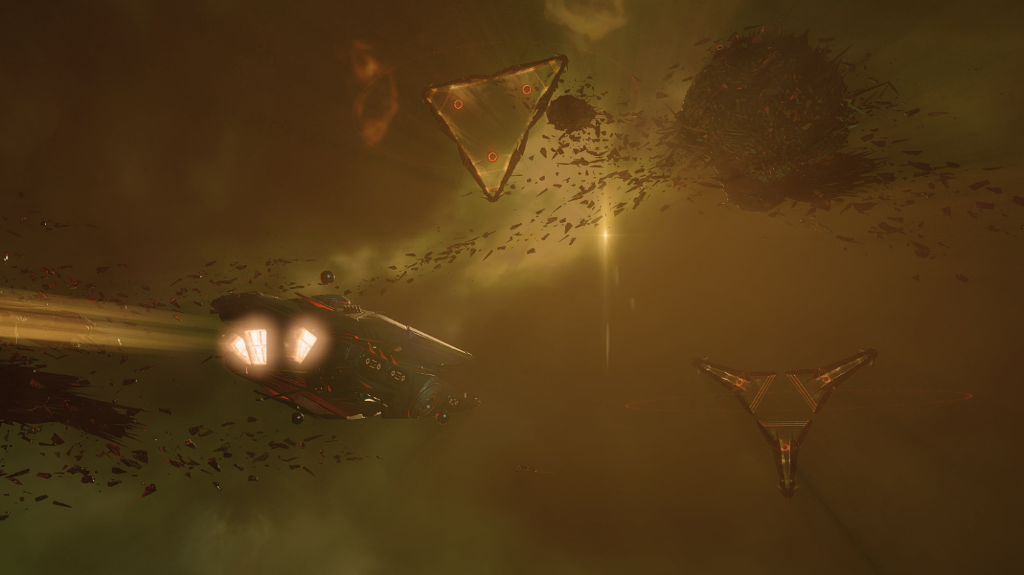 The original Abyssal Proving Grounds were introduced in the Onslaught release in late 2018 as an experimental addition to the popular Abyssal Deadspace content. Many players have enjoyed the old Proving Grounds over the past couple years, however we have been hearing a lot of similar feedback from active abyssal PVPers, whether it was on social media or the forums, or when we’ve seen them in person at the player events like the EVE World Tour. This feedback has often included a few of the same concerns: 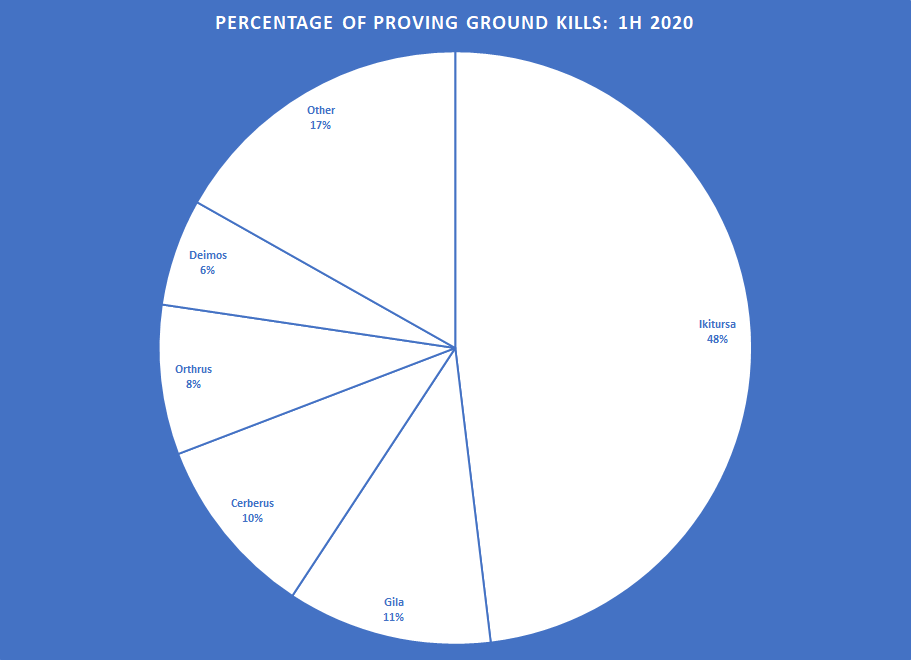 We really appreciate all the feedback about the old Proving Grounds that the community has passed along, and we are planning to address all of these issues with the new Abyssal Proving Grounds and Proving Filaments system this July. 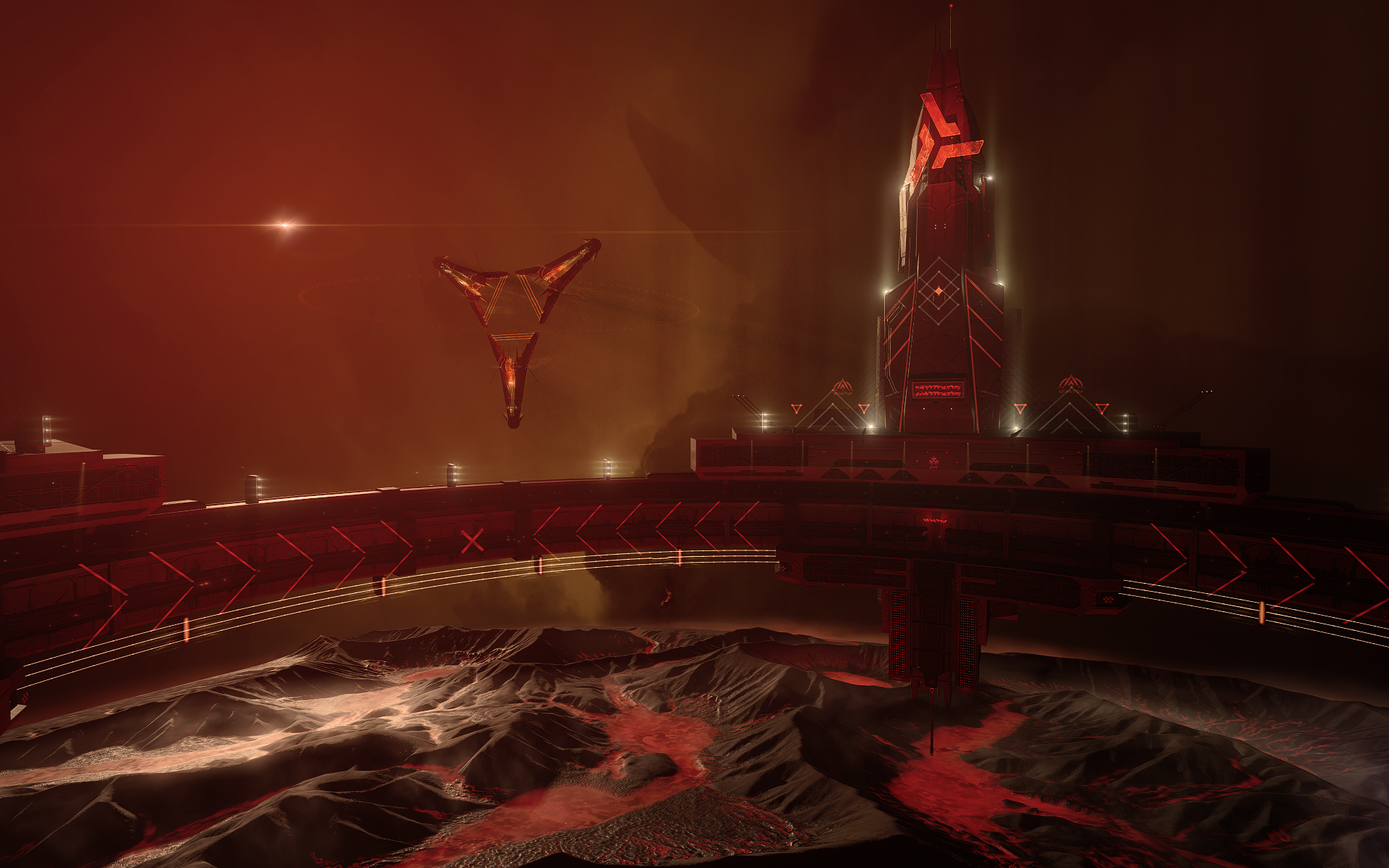 Starting next month with the launch of EVE’s third quadrant, the old Abyssal Proving Grounds feature will be replaced by a new set of limited time events where the Triglavians will invite Capsuleers to enter the Proving Grounds to compete in a variety of formats. To enter the Proving Grounds, your fleet will activate a new Proving Filament, which will find your group a suitable set of opponents and then launch you directly into a pocket within Abyssal Deadspace for a fight to the death.

The “format” for each Proving Grounds event in Q3 2020 will consist of a set of ship types that are able to use that filament to enter the Proving Grounds, as well as a specific fleet size of Capsuleer participants. Over the course of the third quadrant, we are currently planning for 1v1, 2v2, 3v3, 5v5, and 5 player free-for-all formats. We will be mixing and matching ship restrictions and fleet sizes to ensure that each event provides players with a unique PVP experience, and that the meta never grows stale. Each Proving Filament event will last for a limited time, generally either three days over a single weekend or ten days across two weekends and the intervening week.

The following events are work in progress and subject to change:

We can also share our preliminary schedule for the rest of the Proving Ground events in Quadrant 3. The details of the formats for these events will be revealed nearer their dates:

We plan on adjusting our format plans based on community feedback from each event and we will be using these events to experiment with a wide variety of different format options to see how you all enjoy them. Most events will focus on relatively inexpensive and accessible ships so that the widest variety of players can participate, however we plan to have some special events with more flashy ships as well.

In Quadrant 4 and beyond we will be continuing these events, with the frequency of the events depending on how popular this version of the Proving Grounds proves to be with the EVE community. We will adjust the frequency of events to maximize the likelihood that players will be able to promptly find opponents when they compete during each event.

The filaments will be obtainable through several different methods (which may change over time and between different events), including as loot from Triglavian PVE content. We will be experimenting with a number of ways of distributing the filaments in the future, so the methods available for obtaining the filaments may change from event to event. The filaments can be sold on the market, so if you just want to focus on pure PVP you will be able to obtain them there. Each filament will have a specific start and end date for its event, as well as information about the details of the Proving Grounds match format for that event.

The process of using one of the new Proving Filaments will be very similar to that of a Needlejack filament. Your whole group will need to be in a fleet together, and at a location away from stations, gates, and other obstacles. The player with the filament activates it, and their fleet will enter the queue for the Proving Grounds event. While the group is in the queue, they will remain outside of Abyssal Deadspace and will be able to cancel their match and have their filament returned if they choose to do so. Once the Proving Grounds find a random opposing team, both teams will be transported through the trace directly into the Abyssal Proving Grounds arena.

The new abyssal Proving Ground arenas are a variety of visually stunning Abyssal environments, including crystal rock formations that Abyss players will recognize and an all-new environment above a large hot asteroid. The Triglavians have also constructed a new set of structures around their Proving Grounds, to better observe the Capsuleers who have come to prove themselves through ritual combat. 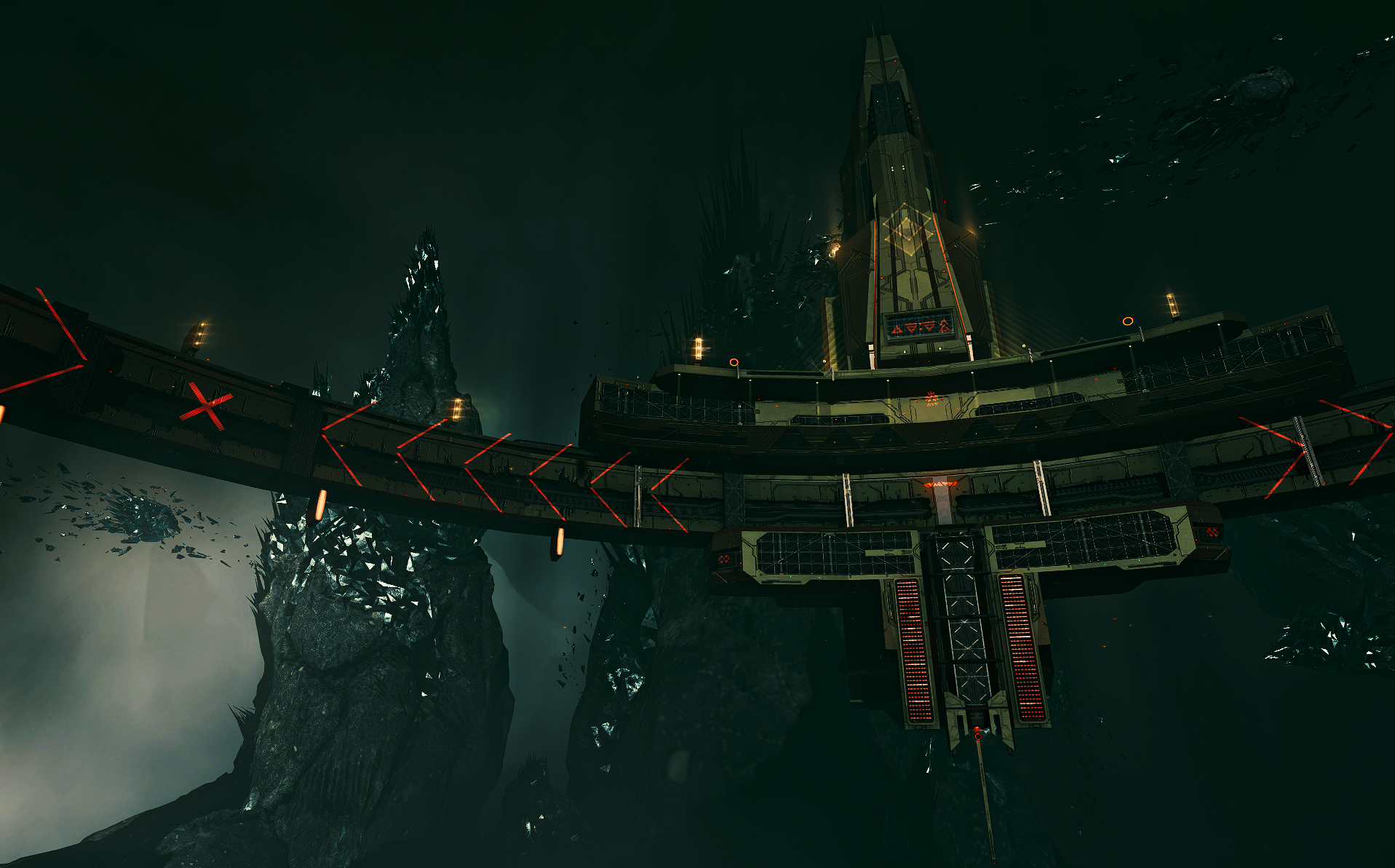 The new Proving Ground battles will last a maximum of 15 minutes, with the resistances of all ships being reduced around the 8-minute mark, just like in the old Proving Grounds. The combat field is contained within a bubble of safe space and exiting the boundaries will result in progressive damage to your ship. The match ends when the only ships (other than capsules) left on the field belong to a single team of Capsuleers, or when the 15-minute match timer completes (whichever comes first). The winning team can choose whether to show mercy and allow the losing Capsuleers to escape with their pods or whether to send them directly back to the home station in a fresh clone. If the timer runs out before one team has succeeded, the bubble of safe space within the abyss will collapse, destroying all the ships and capsules from every team and rendering the match a draw.

Once a team has been crowned the winner, a Triglavian cache will explode within the arena, allowing the victors to collect their spoils: loot that will often include Triglavian Survey Data and more filaments. An origin gate will also activate, allowing the surviving players to return back to the same location in normal space where their adventure began.


__Glorification of the Fit __ 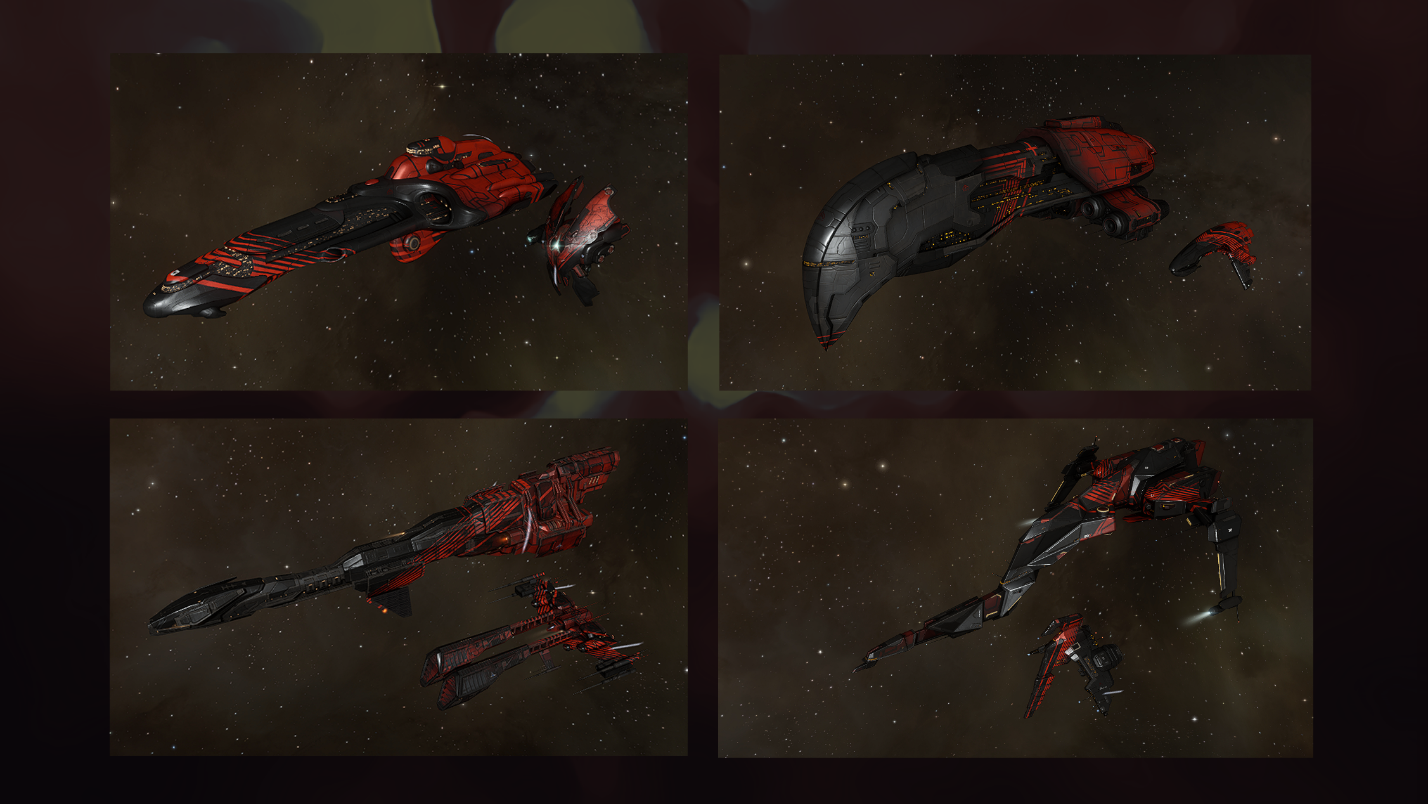 Individual results in each limited-time Proving Filament event can be tracked through a new window that will be accessible through a link in the filament UI or directly through the Neocom menu. This window will allow players to view the format for the current event, track their wins, losses, and draws, as well as view a leaderboard displaying the top 100 Capsuleers by total number of wins in that particular event. At the end of each event, a set of prizes will be distributed to the accounts that reached this top 100 leaderboard and then the leaderboard will reset for the next event.

The rewards for reaching the leaderboard in an event in Quadrant 3 will include a set of unique ship SKINs. These SKINs will only be accessible by reaching the top 100 in one of the Proving Ground events during Quadrant 3 2020. This means that if you see one of these skins being sported in space you can know you’re looking at a top competitor in one of the Quadrant 3 2020 Proving Ground events. In addition to the unique skins that will be shared by all the Quadrant 3 events, there will also be specific rewards for those on the leaderboards of each event, and those rewards will change from event to event. These rewards are in addition to the loot from both the Triglavian cache and the wrecks of opposing ships that will be available to the winners of each individual Proving Grounds fight! 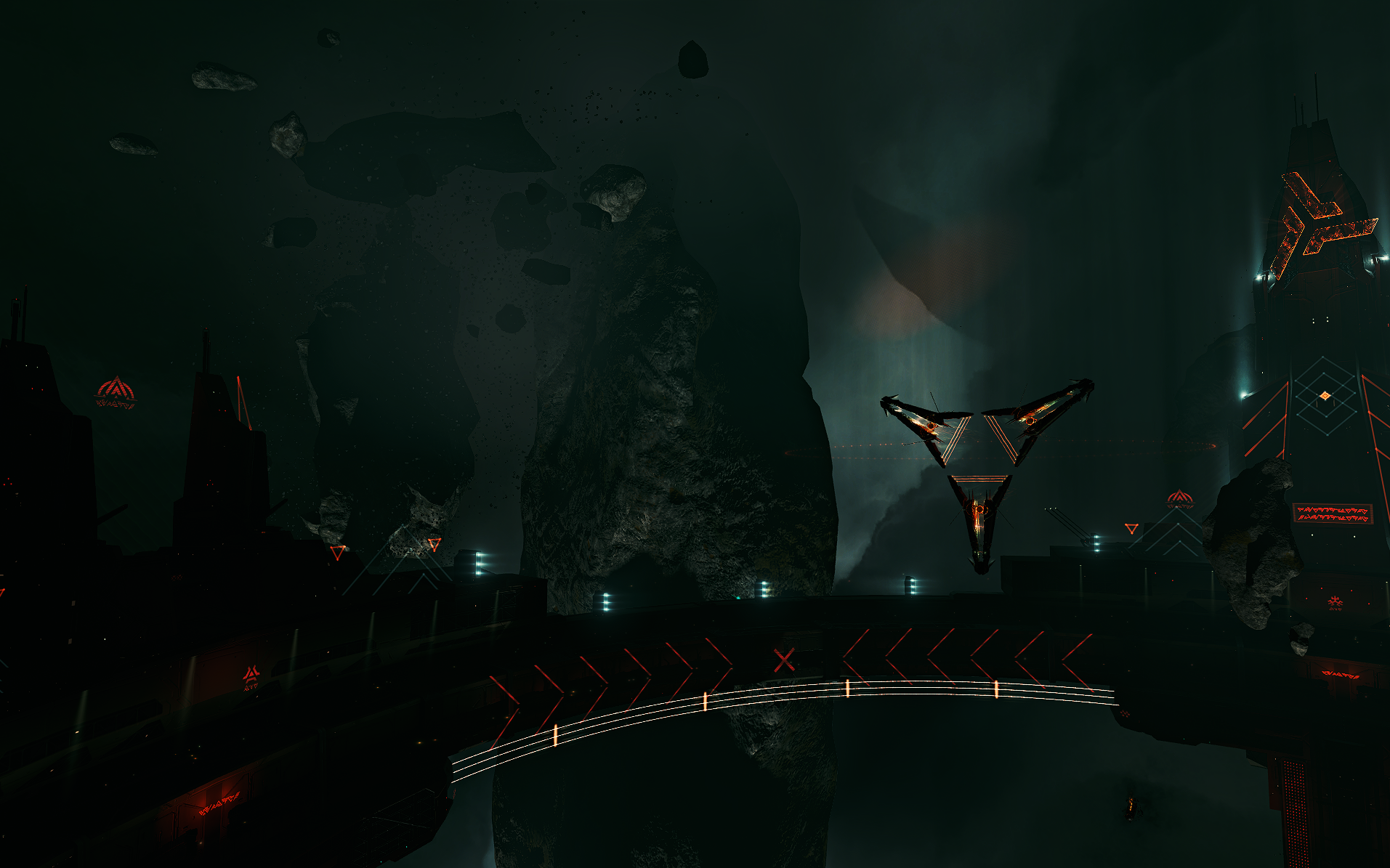 We hope that many of you will enjoy these new Proving Filament events, and we strongly encourage interested players to give them a try and let us know what you think about them and what you’d like to see us add to them in the future. Just as the old Abyssal Proving Grounds and the needlejack filaments were built on the foundation of the abyssal deadspace filaments and as these new Proving Filament events are built on the foundation of the old Abyssal Proving Grounds, we would love to see these Proving Filaments serve as a building block towards even greater things in the future. Your feedback is absolutely key to that progress so keep talking to us digitally and (eventually) in person and we’ll do our best to incorporate your feedback into our future plans.

Some of the future additions that we are especially interested in exploring are the addition of new forms of format restrictions including restrictions on fitted modules and implants that would allow for an even greater variety in Proving Ground event formats.

We are aware that any discussion of structured PVP will raise questions from the players who miss the old annual Alliance Tournament about whether this is intended to “replace” the AT. We want to make it clear that this feature is intended to stand separate from tournament gameplay and was primarily designed to replace the old Abyssal Proving Grounds. We know there is an appetite among the community to see organized tournament gameplay return to EVE, and we have built this feature in a way that might potentially allow parts of its code to be useful for potential future work. That being said, we want to focus on making sure the new Abyssal Proving Grounds gets the attention it deserves and we have time to iterate on the feature based on data and player’s feedback before we start exploring the next exciting opportunity. In the meantime, if you are looking at organizing a tournament using existing options on the Thunderdome server, please reach out to the Community Team by sending an email to communityteam@ccpgames.com.

We will be opening the new Abyssal Proving Grounds for public testing on the Singularity test server tomorrow, and we hope that all interested players will try them out and let us know what you think. We will also be organizing a mass test soon to stress test the feature on Singularity. More information about dates and times for the mass test will be coming soon.

The team of developers working on this new feature will be reading the forum feedback thread for this dev blog as well as future feedback threads that we will be creating in the test server feedback section of the forums. Please feel free to let us know what you think. What about this feature excites you? What would make it even better? What formats would you like to see later in Quadrants 3 and 4? We look forward to chatting with you there.

From all of us on the EVE Dev Team, thanks for reading today’s dev blog, and best of luck in the Proving Grounds!

If you would like to discuss this article, please visit the EVE Online forums.