It’s time to get your ships and fleets ready for the Grand Heist! Last year the new Dynamic Bounty System was introduced across null and low security space, and the Encounter Surveillance System was overhauled for Nullsec. These two systems have worked together since then to generate conflict and balance wealth generation with environmental danger. Since going live, adjustments have been made to both systems based on associated findings and your feedback.

All the while, the size of reserve bank caches has been increasing steadily, and now huge opportunities await.

Here are the highlights of the Grand Heist:

There are eight types of reserve keys to be found. Each key will have a corresponding quadrant of the map where it can be used and a duration that it will hold the reserve bank open. The rate of pay increases over time until it reaches a maximum at which point it will begin decreasing until totally shutting off at the end of the unlock duration.

Be aware that an intrusion into a reserve bank will alert the entire region, and as such, a good reserve bank heist will require planning to ensure you can hold the grid for the duration of the unlock, lest your window of opportunity be snatched away by an opportunistic roaming fleet.

To acquire the extremely coveted reserve bank keys, you will not be able to simply ask the SCC to hand them over. Instead, your plan should be to locate and trespass into the SCC’s secure key storage sites hidden throughout low security space to get your hands on a key, and these sites will be guaranteed to always have a key inside. There are certain restrictions to ship numbers and class that will be allowed into one of these sites, but that challenge will ensure that only Capsuleers who show patience and skill will be able to pull off the heist. The reward is significant, so be prepared and good luck!

The ESS has a brand-new makeover: The size and look of the ESS have been completely revamped when compared to the Vargur next to it . Keep an eye out for visual changes to the ESS depending on how and when Capsuleers are engaging with it.

Based on community feedback, a brand-new warp disruption bubble effect for the ESS is being introduced. It will change visibility, depending on camera rotation and zoom level, making it easier to see both the action and UI.


A New Way to Interact

Watching the community hack their way into the main bank while fighting for their lives has helped identify areas of improvement for the next major update. 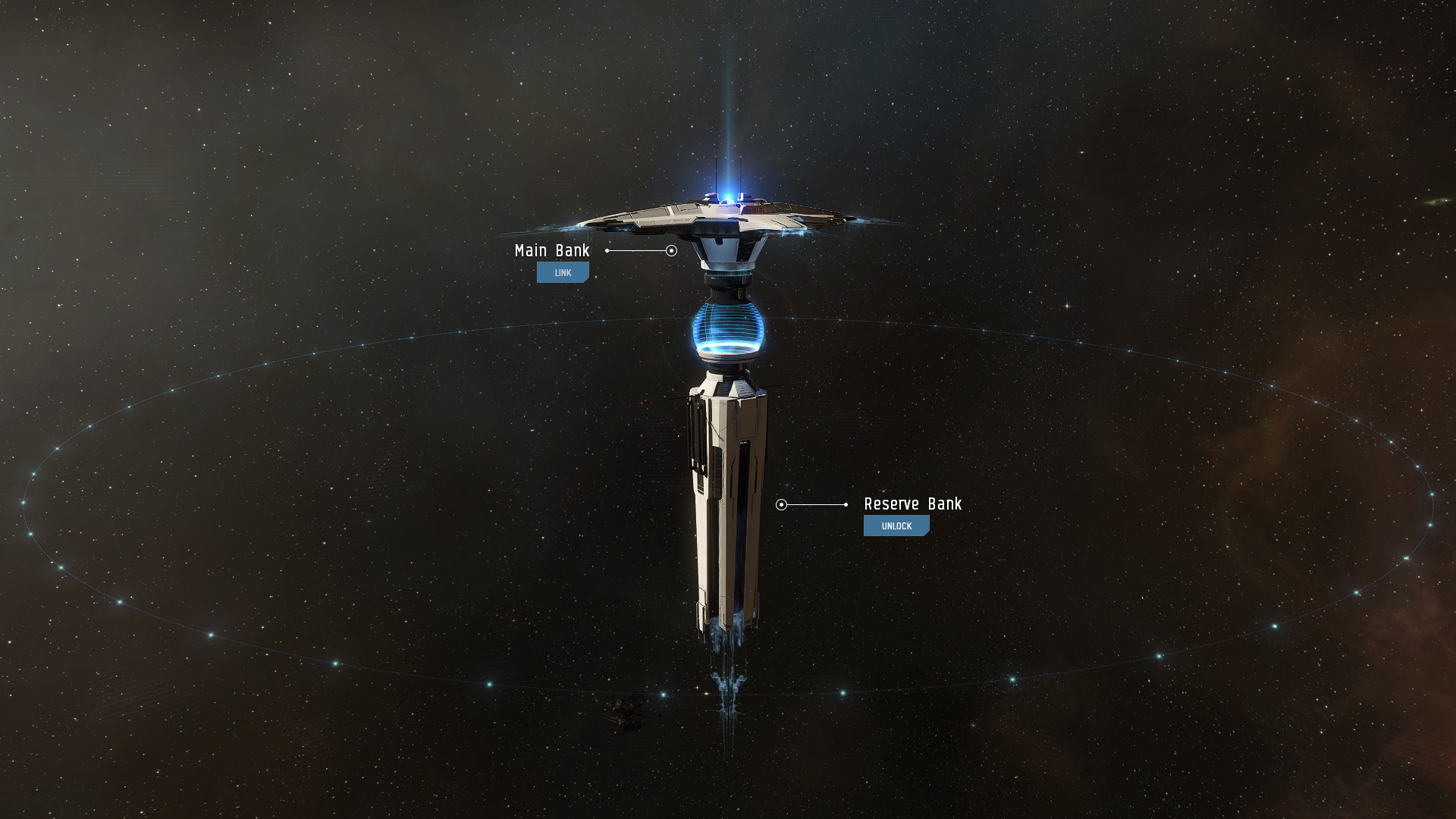 The UI window that is used to interact with the ESS has been removed and both the interactivity and information of the ESS have been moved through a new in-space UI. With the brand-new structure for the ESS, the UI in space points physically to both the main and reserve banks, showing the status of your interaction.

The existing ESS window can be opened anywhere, even off-grid of the ESS which allowed everyone a way to access the banks’ information. We have moved the information into a new well-designed info panel which you can see below. 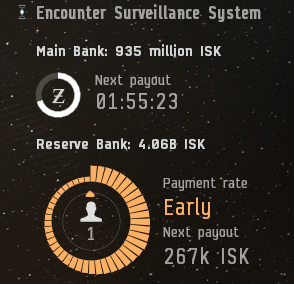 Initiating hacks against either of the banks will update the info panel immediately. For the main bank, the portrait of the hacker will appear with a timer. The reserve bank has detailed information, including how many Capsuleers are linked to it, and the status of the payouts.

Putting keys to the giant reserve banks into your hands is very exciting, and seeing who will manage to get their share of the trillions of ISK will be equally thrilling. Pulling off the perfect heist requires careful planning and skill to execute, and we’re eager to learn how New Eden’s very first reserve bank robbery plays out.

Please share your thoughts on the new in-space UI which moves EVE towards more modern modes of interaction with the universe.

As a final notice to those of you who are still in possession of the deprecated Encounter Surveillance System deployables, the NPC market orders to buy them back will be closed as of this update and a decay timer of 14 days is also being added to the deployables that are still left out in space.

The Grand Heist goes live in late July, but in the meantime, please check it out on the Singularity test server and share your feedback!