As the holiday season approaches, we’d like to take the time to properly celebrate EVE Online’s Spanish release and New Eden’s invaluable Spanish community, bringing you festivities & streams including chats with community members, a fireworks party in Jita, a massive NPSI fleet focused on Spanish-speaking players, and more!

Since the soft launch of EVE’s Spanish localization earlier this year, speakers of the second largest language worldwide have at long last been able to venture out into the stars and experience New Eden more vividly and directly than ever before. With the assistance of a team of professional gaming linguists and a Spanish-speaking player council, we are continually working to polish translations, improve communication of gameplay elements, integrate your feedback, and incorporate the vocabulary New Eden’s Spanish capsuleers have developed over the years into the game.

We also have a few words to share with you today from CCP Burger, EVE Online’s Creative Director, bringing you greater insight into our ongoing efforts to perfect the EVE’s Spanish localization:

Be sure to check out the schedule below, and join us both on stream and in-game for a week of energizing & action-packed celebrations! Do note that the below streams will be Spanish language only.

Join the party at Jita 4-4 and let loose with a massive firework session on the Jita station undock, or watch the show wherever you are on CCPTV! In addition to pretty explosions, we’ll also be starting what could turn out to be New Eden’s longest-ever spaceship conga line if we have enough pilots! CCP Bee will also be bringing in Spanish community members for a chat on-stream – so tune in and come hang out!

Join CCP Bee for an afternoon as we fly place-to-place to hang out with Spanish players & groups across New Eden chatting about their activities in EVE and building excitement for the main event in Jita on Friday!

X up in Jita for a massive NPSI fleet with a focus on Spanish-speaking players and join us as we roam the stars and seek out excitement, hunting down friend & foe alike, and giving our Spanish community a fun opportunity to show New Eden what they’re made of! 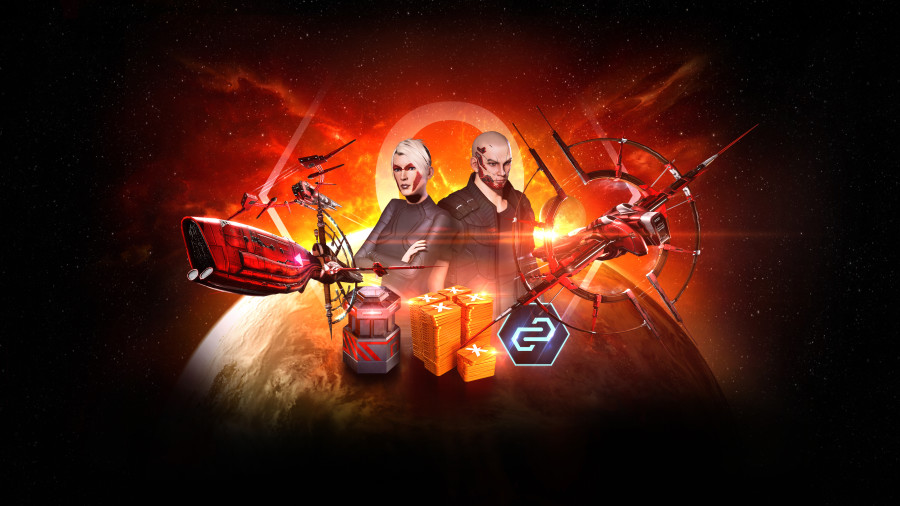 In addition to these events, all pilots can also enjoy celebratory login rewards, including a new unique capsule SKIN – and grab the new Tercio Rojo pack to celebrate in style with the brand-new collectable Tercio Rojo SKINs for the SoCT’s Sunesis, Gnosis, and Praxis as well as festive new facial augmentation apparel, plus Omega time, PLEX, and more!

Since 2003, the worldwide community of EVE has fostered a shared history of meaningful creation, loss, cooperation, destruction, and friendship unlike any other in the wide world of online gaming – and since the release of the Spanish localization, we’re extremely happy & proud to see more capsuleers thriving among the stars of New Eden than ever before.

We can’t wait to see what spectacular things you’ll accomplish next. See you in space!